why i don't care about israel (but also kind of do)

My woman-friend in Israel who I mentioned before is currently thirty-thousand feet in the air over the ocean. She's moving at around five hundred miles an hour on an El Al flight from Tel Aviv to Toronto, which is why I now care about ninety-nine percent less about Israel and the people therein than I did yesterday. 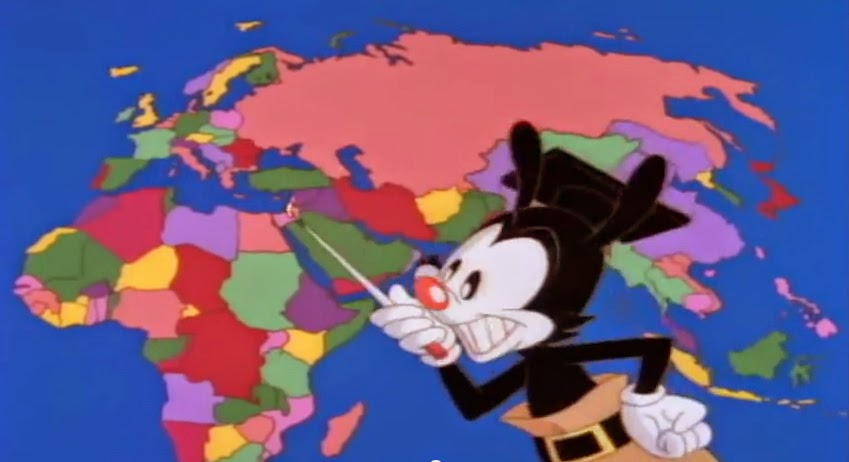 Here's the thing, though. There are one hundred and ninety-six(ish) countries in the world today, and while most of them are generally peaceful places where folks are content to kill each other one at a time with things like tack hammers and well-aimed baseballs, there are also a good number of countries where they are not. And not only are there a lot of places other than Israel where mortality is routinely sped up by things that go "BOOM," but we as humans have also accelerated the process in many other countries, by allowing economic injustice to go unchecked - ultimately creating the conditions for rampant disease and mass starvation. To top it all off, we're also apparently teetering on the brink of another mass-extinction event (like the one that killed the dinosaurs) that's entirely of our own devising. So pardon me for not caring quite so much about Israel, now that my reason for being concerned has left it.

I don't have to explain that to you, though. You're as selfish and narcissistic as I am.

It's not just the more grubby aspects of our nasty little natures at work here, though. See, I used to feel it was my personal responsibility, as namesake of the great Yeshua Ha'Nazarei himself, to save the entire world and solve the problems and get the stranded kitty cats down out of the trees.

The fact that I wasn't actually Jesus and had no real superpowers made this kind of hard, so I tended to just get discouraged and then depressed and then do nothing.

Over time, though, I've learned to take an honest look at what my strengths might actually be and then work to develop those strengths. It seems to me it's in this way - by being myself - that I'm most likely to make a real difference in the world. Then again, that could just be the self-deluding narcissist in me talking.

Whatever the case, I've discovered that I am a writer.

I therefore spend my days doing what I can to develop my abilities as a writer, honing my craft so that I'll be able to tell the best, most truthful stories I can - stories that (who knows?) might just one day creep down into people's hearts and inspire them to put down their tack hammers and their rocket launchers, and join me on the lawn for a picnic.

Still, given that my two previous posts on Israel don't seem to have done much to halt the violence, I thought I'd have one last go at telling the world what to do about "the situation."

The truth is, I don't have a clue who did what and when, or how to find that information. I could endlessly run around trying to figure out who's more in the right, but my conclusions would ultimately just depend on whose story I chose to listen to. And as anyone who's ever had to break up a playground fight knows (and yes, I use that metaphor deliberately), there's not really ever a great way to be sure. You can guess, based on the observed character and previous actions of the combatants, but even my sweetie-pie of a son is capable of some nasty, vindictive little behaviors when he's in the mood.

There is no one righteous. No, not one. Not even you.

Here's the unfortunate fact: for violence to stop, somebody's got to be the first to put down their weapons. It's not about assigning blame to larger groups of people. It's about individuals who will make the insane choice to form communities who say "No." Who will choose together to move away from violence and toward love. 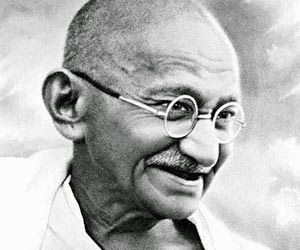 Mahatma Gandhi, who was himself quite a fan of that Jesus cat, showed us that if we do this - if we choose together to "do no harm" - we can together accomplish great things. We can break the cycles of anger and hatred, and move toward a future where each of us will be judged not by the past actions of those with whom we happen to share a national identity, but by the strength of our individual characters.

What does that look like, though, when a group intent on the mass extinction of everyone who shares your national identity is raining rockets, rockets and more rockets down on your families?

Well, I don't know. I do know, however, that I am very, very suspicious of anyone who ever argues that violence in any situation is the only option. I'll grant that it often seems the most expedient option, and perhaps even is. But it is almost never the only option.

What if, for example, the Israeli people agreed that Palestinian children were just as important as their own? What if they committed to expend their national resources on shooting down Hamas rockets indefinitely, if that's what it took to avoid hurting even one Palestinian child? What if they asked the rest of the world to help them not with bombs, but with better and better bomb-detection technologies? What if they expressed their willingness to die rather than to kill, and began to value Palestinian lives so highly that they turned quickly and aggressively against those among them who continue to advocate violence, and to provoke it by encroaching on Palestinian land?

But maybe what worked for Gandhi and Martin Luther King Jr. could work for Israel, as well. Maybe it could make a difference, and change enough hearts in Palestine and elsewhere in the Arab world that they, too, would turn in mass against the crazies, and shame them out of existence.

But even if they couldn't...

And even if you could make the argument for necessary violence, the proper, loving human response to violence must always be mourning. It must be grief. It must be to weep for what we have done, because violence is never, ever good. It is never cool. It is always a shame - our shame.

I have watched in sadness as the facebook-link-wars have gone on, and armchair warriors have continued to click-fan the flames of this conflict by posting more and more lopsided nonsense, arguing against loving-kindness, and for the justification of one form of violence or another.

And even though now that I no longer have a personal stake in it, I don't care all that much on a personal, emotional level about the conflict in Israel, I still feel an encroaching sense of despair over the whole thing.

I don't have to understand them, however, to fight against them with the best weapons I have at my disposal: love, love, and more love.

Oh, let there be peace on earth. And let it begin with me.

- - -
Whazzat? You say you really enjoyed this? Well, perhaps if you share it on your social internets, then someone you know will enjoy it too.

Or maybe support my writing habit with one of the options at the top of the sidebar to the right. Like, by grabbing a copy of my short story collection. Or picking an option and paying for a custom blog post. -->
Labels: israel war