I think the creative muscle is healthiest if it's flexed in more than one direction. So even though I don't consider myself much of a musician, I've started writing songs.

One of the delicious benefits of this is that it's allowed me to connect with some really cool, talented musicians around the world. Here's the fifty-second and final song from the song-a-week-for-a-year project I did in 2021, with the uber-talented William Ax.

William is from Brazil, grew up in Ireland, and now lives in Portugal.

He and I met in a song-a-week subreddit and collaborated on two songs, including the possibly-even-more-depressing "Almost Beautiful."

Before the song-a-week project, I had written several dozen songs.

Some were a bit silly (like THIS RIDICULOUS METH-COOKING REDNECK ONE), and some were more serious... including an album that I live-stream-Facebook-recorded at a friend's studio (HERE'S THE LINK of the performance), then posted to Bandcamp as, "Under Our Own Piece of Sky." 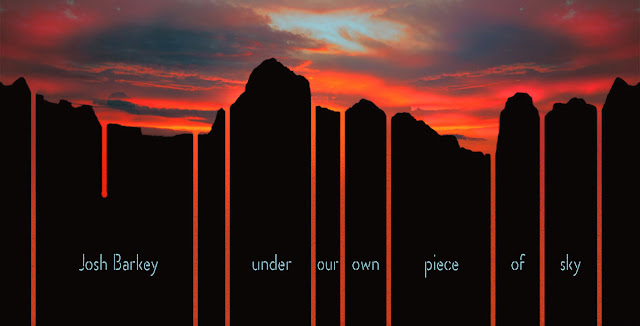 As of today, there's been no massive rush to propel me to the world of nationally-televised stadium shows. But as long as I'm still having fun with it, I'll keep playing and posting to MY BANDCAMP.
Thanks so much for listening!