What I Can't Stand About Liberals 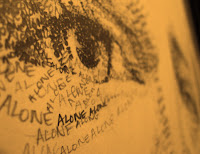 I know, I know. If you were going to try to cram me into a shoebox, you would probably try to put me in one marked "liberal", or at least "wishy-washy"... which, to a hardline conservative-type person is probably about the same thing. As the saying goes, "You're either for us, or liable to taste the pointy end of our nuclear warheads". Nonetheless, I gotta say that to me, the term "liberal" could just as easily be defined as "people who avert their eyes and don't say 'hello' when you pass them on the sidewalk".

One of the things I like about living where I do in the quasi-south is that these supposedly obnoxious, conservative folks are generally friendlier to strangers than their more liberal counterparts in the north. It seriously wigged me out when I first lived here before, back in two thousand and one: someone would wave at me from their car and I would immediately start to think, "what's your angle?" That's because most of my time in North America has been spent in the much more liberal Pacific Northwest, where it is understood that "stranger equals danger", or at least "faceless non-entity".

There is a palpable difference here in the south. It is really, really cool to be walking on a levy and have some old dude who just oozes character ask you how you're doing, and then strike up a conversation about the history of the place. Or take one of the cute little quirks that drew me to my wife - the way she would randomly greet strangers on the street (a habit she quickly forewent after we moved to the frigid world of British Columbia). And I love that I pulled into a rural gas station this morning and a couple different people gave me warm greetings and best wishes as I ventured out into the miserable cold rain of the day on my motorcycle. It makes me smile to be treated like a human.

Charlotte has been growing like crazydogs these past years. Union County - where I now live - has been one of the fastest growing in the nation, and the influx of "them liberal yanks" has had an appreciable effect on the general level of friendliness. While I am often saddened by some of the destructive, backwards attitudes of my southern, conservative brethren and sistren, I have to admit that it pains me to see the warmth of the south overtaken by the cold, liberal winter.

I know this is a gross generalization - liberals are often friendly and kind - they just carry, on average, a difference in demeanor and a chillier attitude towards strangers. It's just part of the culture. I might get a nasty, bitter comment from someone who hates being categorized as "unfriendly" and will insist that "it's true that you can't really trust people" but instead of fixating on the irony of that, I have to say that I find it unlikely that the writer of such a comment has spent much time in the land of cornbread and grits.
Labels: culture