ABDUCTED short film: Behind The Scenes

I had a fantastic experience working with director Ben Joyner and DP Tucker MacDonald to make TWO FOR TEA back in 2014, so I was pumped at the end of last week when we finally went into production on a new collaboration, ABDUCTED.

After a lot of pre-production scouting... 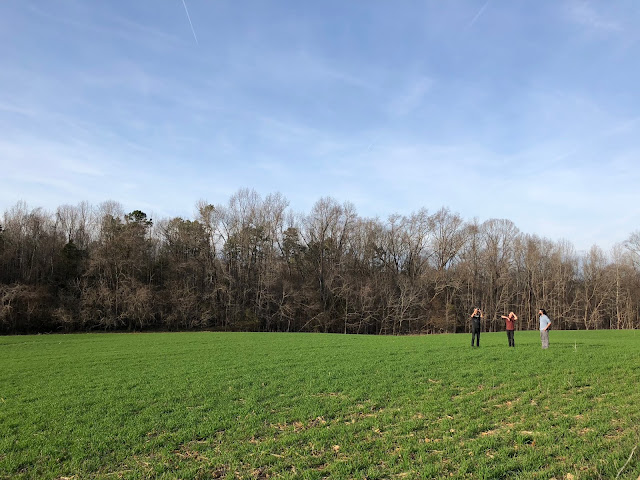 And a fun table read the night before... 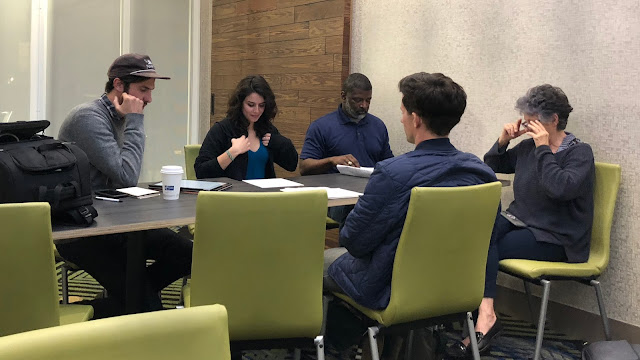 It was time for our first day of shooting with  Jenna Kanell, Jay DeVon Johnson, and Rebecca Koon. 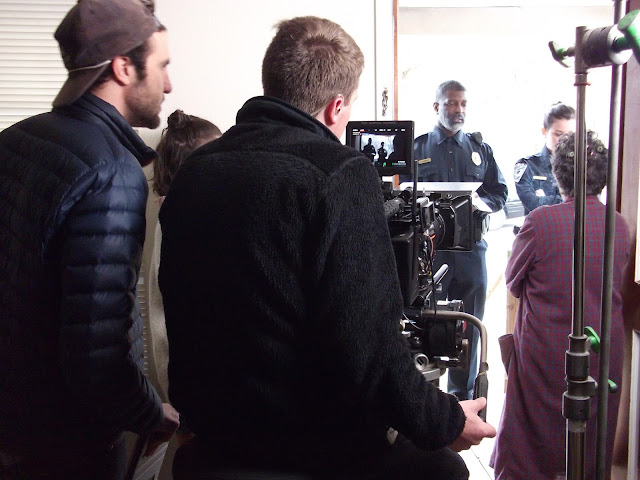 Rebecca owned this smaller role just like she did her lead in TWO FOR TEA, and had us in stitches on pretty much every single take.

After wrapping Rebecca, and a little car work... 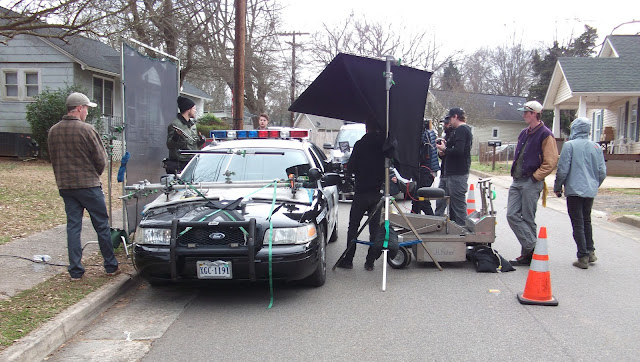 We headed to our improvised "sound stage" for a few hours of secret scene-shooting (no spoilers, here!) with Jenna, our lead. 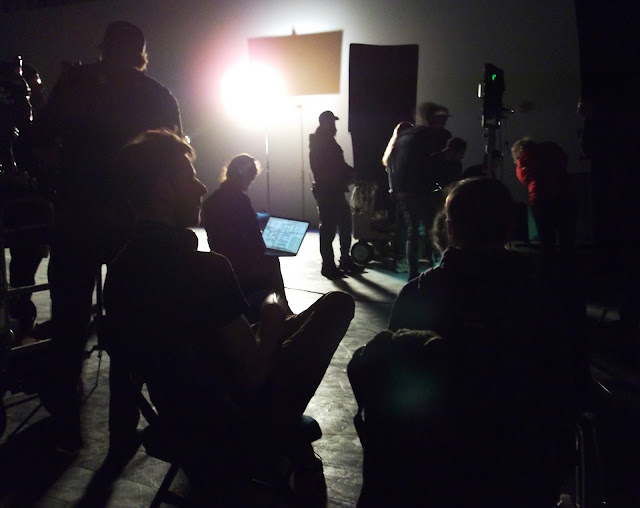 Day Two of shooting began the next evening at five o'clock, as our intrepid crew loaded in for the bar location in Rock Hill, South Carolina. 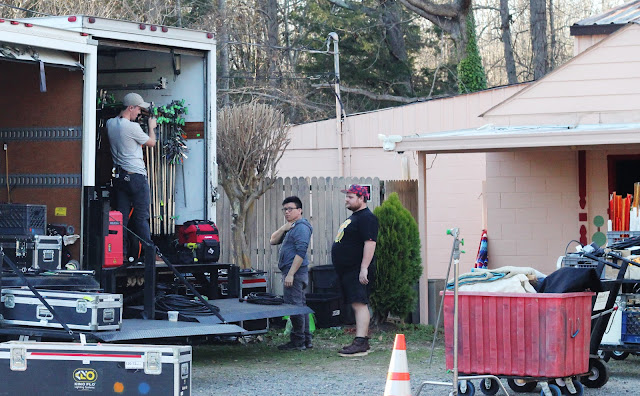 Twenty-seven of our friends and family volunteered their time to work as background performers. 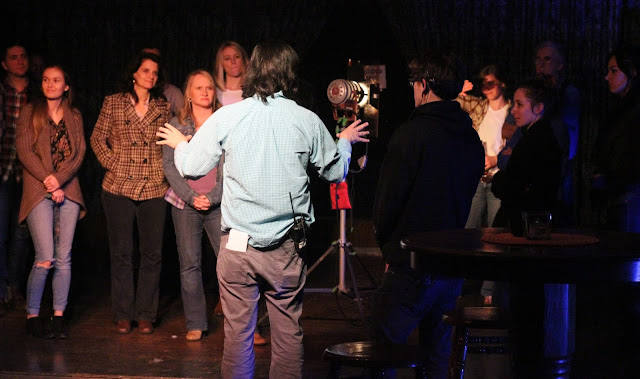 It was a long night, but we got what we needed... 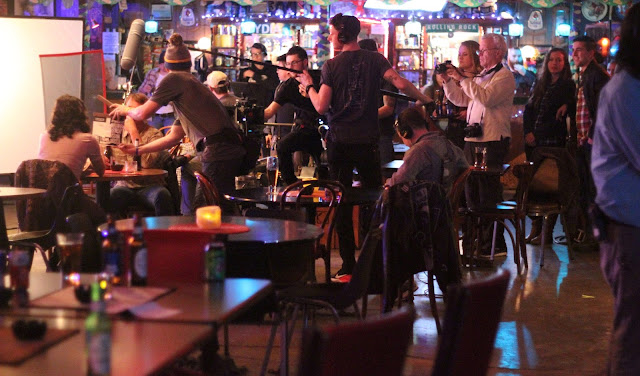 And then moved on to several more hours on a drizzly street in Fort Mill. 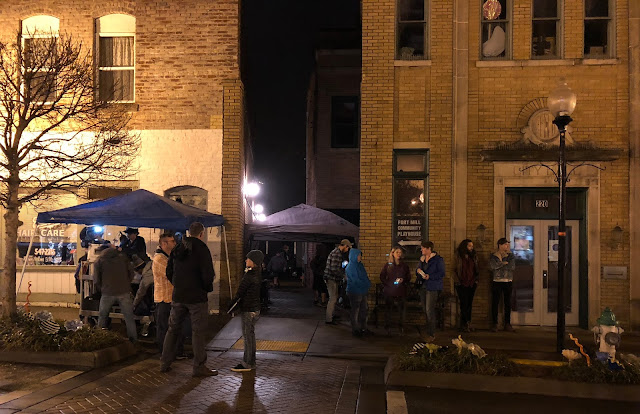 Day Two was in the can, and Day Three started the next evening at a beautifully aging farmhouse just up the road from where I live. 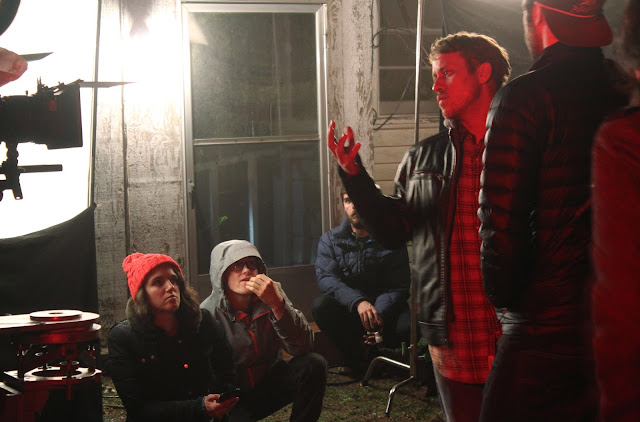 This, too, involved a lot of secret stuff that I won't share because I don't want to spoil the film, but I will tell you that it's the most epic, over-the-top shooting experience I've ever had with something I've written (seven shorts and a feature, and counting). 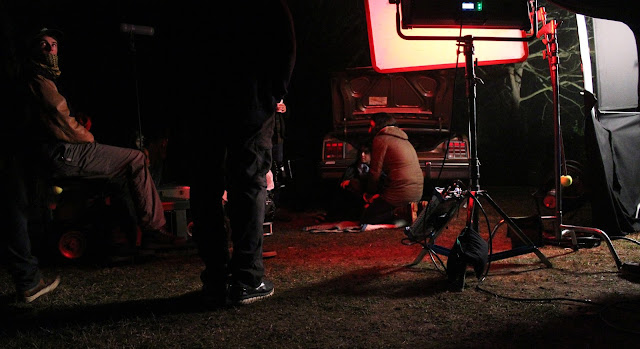 It was draining, but we all somehow survived.

Day Four was a lot of road work, so most of the (stripped-down) crew hung out in the yellow glow of the street lamps at base camp, while a few others cruised up and down a deserted South Carolina road. 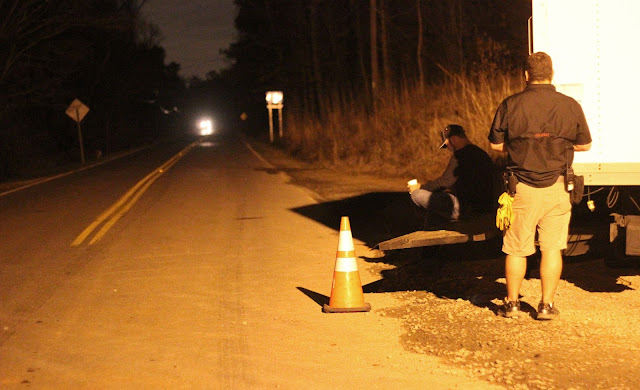 The next night, Ben and Tucker drove around grabbing some additional, post-actor footage, and then that was a wrap. Hugs all around.

Then everybody flew out of town to dig in for the long, hard haul of post-production.

None of this would have happened without the financial and logistical support of the Indie Grants program and their key representatives, Brad Jayne and Kevin Peterson. These guys were (are) amazing. 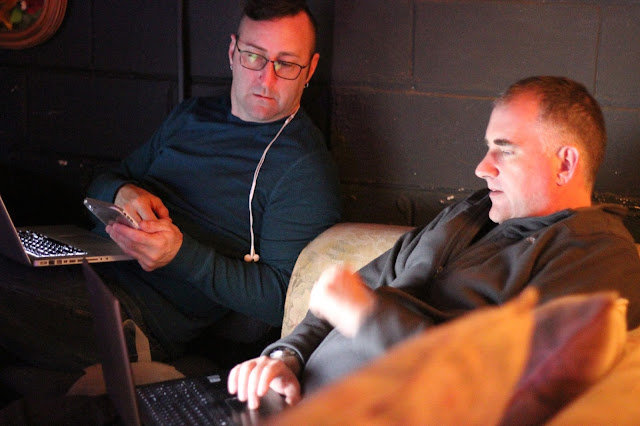 While we've got a long ways to go (maybe a kickstarter for post-production funds - so keep your eyes peeled), we're so grateful to Indie Grants and to the family and friends (old and new) who've gotten us to this point in the process.

*Note: the first, second, and tenth photographs here are by Thomas Torrey (one of our producers).
Labels: film