your tribe is monstrous

There's an offshoot of the Amahuatoto tribe in the Amazon basin of Peru that believes that to ensure good hunting they have to sew a male child into the carcass of a goat and hoist him over a fire on a stick . After fifteen minutes they cut the child out (with usually only a few minor burns for his trouble), but the child's muffled screams are nonetheless considered powerful enough to ward off for an entire year the evil spirits that can sabotage a hunt.

The story, I mean. I made it up just now to illustrate something that you, reader-person, believe to be true. To wit: that there is no practice so barbaric that there is not some group of humans, somewhere, who has figured out a way to do it.

Even if you are familiar enough with the people of the Amazon to be wary of my made-up story about my made-up tribe, I most likely could have fooled you by setting it in Africa, Indonesia, or perhaps a little further in the past.

Because you believe that people are monstrous.

You also believe (deep down in the very marrow of your bones), that your group of people is somehow qualitatively different.

This isn't exactly a "race" thing. It's pretty likely you're willing to admit that there are people who share your language, skin-tone, or peculiar hairstyle who are demonstrably awful.

No, I'm talking here about whatever tribe-cluster with whom you personally identify most clearly. That could be your "race," but it could also be your family, people at your church, the members of your political party, or just People with the Good Sense to Avoid Eating Processed Sugar.

Whoever they are, you believe that YOUR people aren't monstrous. 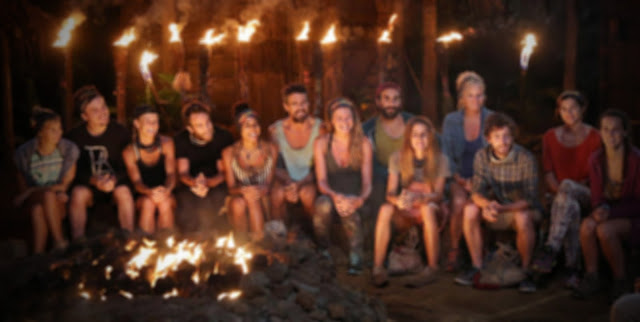 Sure/yeah/fine, there are may have been some incidents where members of your tribe have done some unspeakable things (that they were probably forced into, in order to keep barbarism at bay).

But there is always a ready solution to the problem of unspeakable things: just don't speak of them. Deny your tribe's complicity long enough and with enough vehemence and eventually it'll just disappear. Not because it has been proven false, but rather because there will be no one left around who can call you on it.

Then, when nobody's looking, you can just re-draw the borders of your tribe.

Before I go any further, however, I want you to know that I think tribes are great. I think people need communities to belong to, and that tribes are a way of forming the sort of fellow-feeling necessary to accomplish great things. A healthy, porous tribe is a wonderful way to organize a potluck, or put together some blankets for hurricane relief.

But I was raised in a tribe with often very hard, impermeable borders, and I am gradually realizing (through the wonders of social media and the revelatory beauty of our racist new White House) that a lot of the people in my tribe (not you, of course) are sorta/kinda/alottabit racist, regardless of how appalled they'd be to be accused of it.

My tribe is monstrous.

Here's what I can do: I can deny and defy my tribe by writing a word like "bullshit" into a blog post, a word that the sorts of people I'm talking about will find so monstrous that they'll cast me out of the tribe, turn their backs, and carefully re-draw their borders to exclude me.

This I have done.

But rather than then turning my back, I can pause and ask myself why my tribe is like this. I can dig into nuance. I can open my eyes to the darkness that's inside me, and the ways in which I am willing to overlook ugliness and cruelty and violence in order to fit in, get along, and be a part of something bigger than myself.

I am capable of as much monstrosity as I can imagine, and so are you.

But I am also capable of imagining an entirely different world, where people form interconnected, porous tribes that enrich and support each other.

I am capable of redefining what a tribe is.

Monsters are real, but they are phantasms that live and die in the human imagination.

Let's redefine our tribes, and reimagine something better.