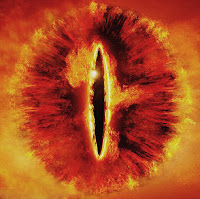 There's a class of Americans that makes its living trafficking in sincerity. This class wears a mantle of pomposity while simultaneously priding itself in its humility. "I'm here for the people," they say, "I care only for the good of my constituents."

I am speaking, of course, of Politicians and Preachers.

Now don't get me wrong: there are exceptions to every rule, and undoubtedly many among the ranks of the weasellyest of Pee-Pees who first took up their mantle with the purest of intentions. Pastors, say, who were initially motivated by a genuine curiosity about the Divine and a sincere desire to help and heal the poor and afflicted. Or politicians who wanted nothing more than to up the level of justice in an injust world. But there is something about a Position of Power that tends to strip away pure intentions and cultivate in their place the wicked little heart of darkness that we all carry around in our wicked little chests. You know what I'm talking about: that nasty wad of toilet-goo that's making you right now (At this very moment!) tilt your nose skyward at whatever contemptible group of hoo-manoids you personally find most reprehensible. Perhaps it's Pastors, or Politicians, or maybe even (Heavens forfend!) Me!

We all have it in us. We all do the deed.

But I'm focusing today on the Pee-Pees because it's these rat-weasels who have largely become, in my not-so-humble opinion, are the bondsmen and spokespeople of whatever Sauron-esque Force of Evil that seems to be currently pulling our twisted American strings.

Don't believe me? Well, life's too short to spend it scraping at an entrenched mind with the dull spoon of this blog. So I won't bother trying to convince you of something that I think should be clear to anyone not overly enamored with rhetorical bling. I'm not here to build an army* ...I'm here to vent.

Which of course perfectly segues back to Pastors (ha ha, repressed sexuality, tee hee) and what I think they should do to A. reclaim their souls from Sauron, and B. prove to me that they are sincere (which is, I'm sure, fairly high on their "to do" lists).

The average Pastor's salary in America is ninety-one thousand, four hundred and three dollars a year. This is does not account for many of the other perks of the job, like income from book-sales, free housing, and expense accounts for "pastoral care dinners at Olive Garden." But for the sake of simplicity, let's stick with the cold, quantifiable facts. You may think I pulled that $91,403 number out of my bum. And if by "my bum" you mean "google," then you'd be right. My guess, though, is that when you add in all the unofficial perks of the pastoring gig, that number is actually quite low. I used to go to a church with a weekly attendance of 30-40 people. And even at a church that tiny, the pastor made just a skoach under eighty grand a year. Many of the more "successful" pastors pull in high six figures—some even in the millions.

This is America, right, and my more cynical, "post-Christian" friends would just roll their eyes and give kudos to anyone who manages to turn the message of an itinerant Jewish socialist into their own personal piggy bank.

I think we're born into a culture and a system, and most of us are just trying to make the best of it while behaving just selflessly enough that we can still think of ourselves as "good people."

Still, the average per capita income in the United States is $26,964. Which means the average pastor in this country makes at least three times what his or her average layperson does. Now, you can throw glitter all over that and dress it up with your free-market bull-honkey, but the reality is that you can't first claim that the love of money is the root of all kinds of evil, then spend the rest of your time arguing that just because you have money, it doesn't mean you love it.

Okay, fine. You can claim it.
But don't expect the rest of us not to laugh.

You know what would stop me from laughing?

I would stop laughing if the pastors of America set an informal policy of never accepting a salary over that of the average lay-down-and-take-it person. I get that some places are more expensive to live than others, so let's make the metric be the average income of a person within a twenty-mile radius of their church. And I get that seminaries are expensive, so we'll allow a special dispensation whereby churches will also cover a pastor's student loan payments whilst they're employed as preachers.***

And the other side of the Pee-Pee coin...?
The Politicians?

Well, they should do the same. But since they all seem so enamored by the corrective power of free-market capitalism, let's set their wages based not on the inflated living costs of Washington, D.C., but rather on the average income of their home state... with a dispensatory additional stipend for airline travel costs (in coach, of course).

These political rat-weasels are generally coming from the wealthy, ruling class anyways, and will still live out their lives in relative comfort and ease. But call it a token gesture to convince the rest of us that their "public service" rhetoric isn't entirely the pandering we know it to be.

There you have it, Pee-Pees. If you want my attendance and my vote, just take this one little step and I'm in. I will become an enthusiastic, churchgoing participant in this clustercuss of an environment-trashing, inequality-cheering culture you call 'Murica.

Until then I'll be over here saving the world—one disgruntled blog post at a time.

*At which, given the non-viral nature of this website, I seem to be roundly succeeding.

**Like all cynics, I prefer to think of myself as a "realist," and the rest of you as "blindly optimistic lemmings."

***Which, let's face it, is a far overrated aspect of what pastors ought to be doing—an imbalance likely created when the Reformation's bifurcating obsession with the Mind fornicated with American Individualism and Celebrity Culture to create the poopstorm we currently refer to as American Evangelical Christianity.
Labels: church consumerism culture politics