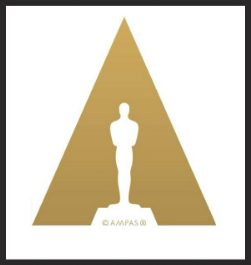 Last Thursday at around eight p.m. I got a call from Greg Beal, director of the Nicholl Fellowship. I asked how he was doing and he said that he was tired, but happy to be making some fun phone calls. Then he told me that my script MARLENE THE DIVINE had been selected as one of thirteen Nicholl Fellowship Finalists.

That's when I started saying, "thank you."

I must've peppered a few dozen more "thank yous" into my incoherent babbling as he filled me in on the process, and asked me to please not tell anyone but my significant other until the press release went out on Monday.


We said goodbye. Then I got off the phone and cried a little.

When I found out way back in 2013 that my second screenplay was a mere quarterfinalist in the competition for the Nicholl Fellowship, I cried as well. As a fledgling screenwriter, I did not yet know that the industry doesn't really care about quarterfinalists. I probably wouldn't have cared, though. It was my first bit of "official" recognition and it felt great.

Since then, I've written I think ten more feature-length scripts, and probably another twenty short film scripts. I've had a number of those shorts and one feature produced. I have written and published two novels, a book of visual art, and a collection of short stories. I've submitted a lot of my work to a lot of people, and endured a lot of rejection as a result. I have entered a poop-ton of contests, with positive-but-not-dramatic results.

This is not like that.
This is a finalist spot in the freakin' Nicholl.

As the contest put on by the Academy of Motion Pictures (the people who do the Oscars), the Nicholl is the most prestigious of all contests. In less than a month, five Nicholl fellows will be chosen from among the finalists. These fellows will be fêted at a special event, then taken around town and given free bottles of water by a lot of the major Hollywood players. It's a big flippin' deal. Also, it comes with money.

I look at the glaring faults in the draft I submitted and figure I probably won't win. That hardly matters, though, because Nicholl Finalists are taken seriously. They get read by all the major agencies. There is buzz, and things happen.

It's still a long path to professional screenwriting. But this is a huge milestone, so I'd like to pause and thank a few of the people who've been instrumental in my process: