it's just one day, man

As everyone knows, getting married is an insane thing to do.

As every sane person knows, getting married is an insane thing to do. There exist, of course, quite a few certifiable nut-jobs who've been steeped enough in rom-comology and Disney princess-storification to believe in the idiocy of "happily ever after" and "the one" and "you just know."

Of course I'm right—I have a blog.

But yeah so um... I got married a couple weeks ago-ish.

Which is why I decided that even though we were technically gonna do the whole "til death do you part" thing (y'know... for tax purposes), I wouldn't actually bother marrying Hannah-my-Wife "for as long as we both shall live," because that is just way too freakin' long a time for comprehension.

Well, it might be, assuming my apocalypse-calculations are wrong, or that a skinny, pacifist white guy like me won't be quite as disadvantaged as one might assume in a violence-based economy. 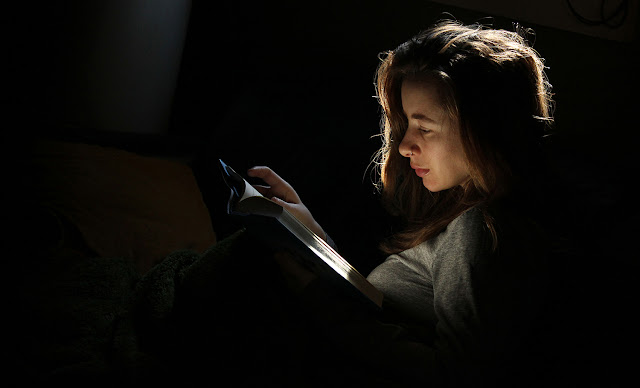 My point is that when I try to think about loving the cellularly-different, personality-shifted woman Hannah-my-Wife will be in ten, fifteen, or sixty-one-and-a-half years from now, my brain shuts down. I can't handle it. That's a saggy old woman we're talking about. She wears Depends and watches "Once Upon a Time" re-runs on world-internet-brain-service. I don't even know her... how am I supposed to be married to her?

So instead, I decided to marry her for one day.

I can handle one day.

This morning I woke up. I walked down the length of the house to Hannah-my-Wife's room (because Separate Bedrooms is the bomb). I knocked lightly on her door, and then I went in and asked if she wanted to be my wife today, until 11:59 and 59 seconds in the p.m.

She agreed, I crawled into bed with her, and then we smrflgrmffffmindyourownbusiness.

It's been a good day.

So sometime this evening—before we crawl into our respective beds to read and fall asleep—I'll let her know that I feel this little marriage experiment of ours has been going well, and that I'm thinking I'll probably want to ask her to marry me again tomorrow, if she's amenable. And she'll most likely say something about how she is amenable, even though she's a little disappointed that I didn't say the other thing.

So I'll say: "Good night Hannah. Good work. Sleep well. I'll most likely kill you in the morning" (because how can you expect a marriage to survive that isn't based at least partly on Princess Bride quotes).

Tomorrow, I suppose, we'll do it all over again.

I guess my ultimate point, here (beyond hoping you're not thinking too hard about the mathematics of that fuzzy not-quite-married period between 12:00 a.m. and whenever we wake up), is that if, like me, you're sane enough to know that life-long marriage is ludicrous, I'd like to suggest that you do what anyone attempting an absurd (and absurdly worth it) Big Effing Adventure has always had to do to survive... just break it into manageable little chunks.

Go ahead.
Get married.

But do it one day at a time.
Labels: relationships sex