You know, for later. After I'm wildly successful at this making-art-for-money shindig and I do that annoying thing where someone who's "made it" tells you how much they failed in the process, and you think, "sure yeah whatever - look at that guy's shiny, pink mini-cooper... he's obviously never failed anything in his whole life."

This post is to pre-remind you that you're wrong, and that I fail all the time. A lot. Publicly. 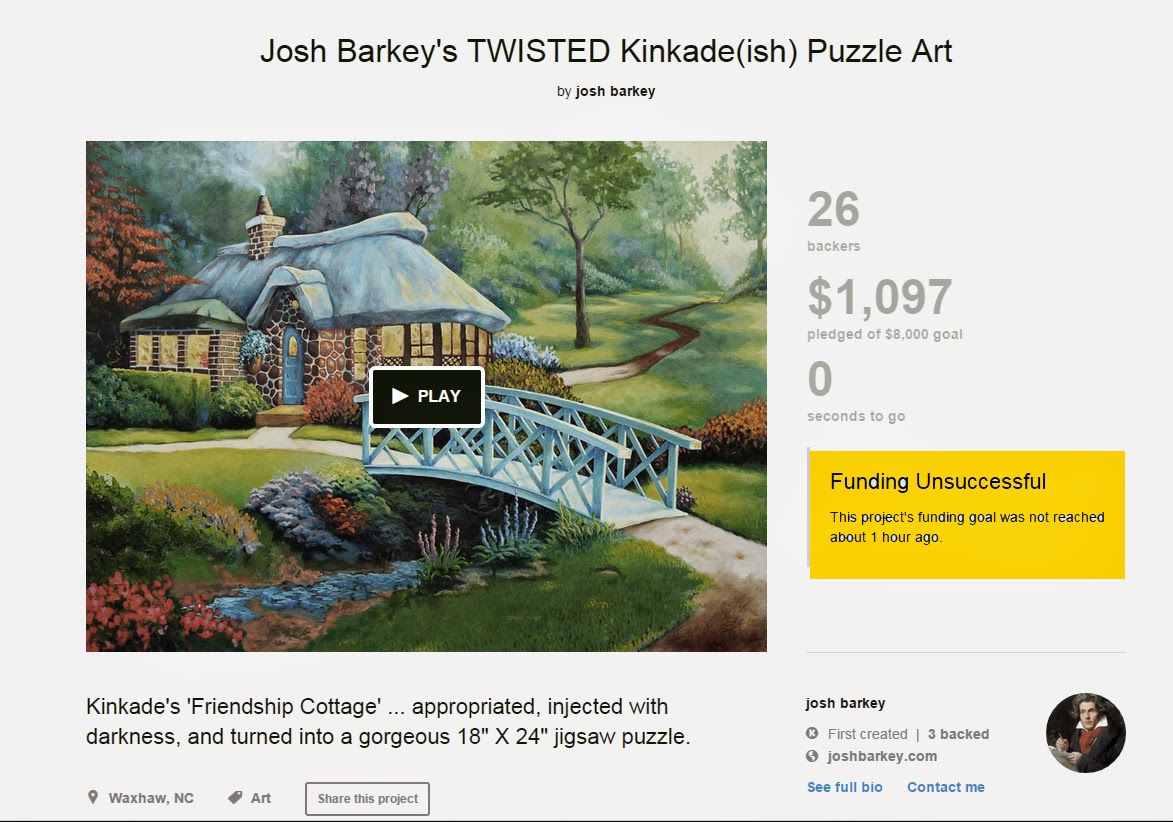