It's also awesome, of course.

I mean, if you can set aside the seemingly arbitrary way they assign a positive or negative designation to each review, it's pretty cool the way RT has democratized criticism to the point where we're no longer quite as vulnerable to the opinions of whomever happens to have clawed their way to the top of the critical pile in our particular circle of influenza. So... yay for that!

I DO want to get to why Rotten Tomatoes is a big stupid dumb-face, but first I'll talk about what I think it actually means to be a critic.

"Criticism" is not necessarily negative. The term can (should) refer to the value-neutral act of engaging our critical faculties—in this case in the direction of a work of art. Every work of art is made by finite, faulty people, and is therefore faulty-by-association. So sometimes criticism means calling out the faults we see in a work of art.

But where is the line?

If it is your job to evaluate art, at what point does identifying the faults in any given work rob you (and others) of the simple joy of an un-critical experience?

When can you just accept and affirm a work of art as great, despite its faults?
Who are the arbiters?
Who gives them the authority to tell the rest of us what is and isn't good?
And where, exactly, do the scales tip?

As an artist, I can say one thing with complete confidence: I absolutely don't know.

What I do know is that although I don't want bad art held up as awesome, it is nonetheless possible (with enough love) to see past any faults.  Even the most jaded, cynical critic isn't likely to boo at the end of his child's atrocious elementary-school play performance. Love helps us enjoy art. Love, and relationship.

This is because relationship matters. Investment matters.

Someone who cares for me as a person is going to be invested in my success. If they really care for me as a person, they'll understand that my success as a creative depends on being able to get an honest appraisal of the faults in what I have made, so that I can improve. But their relationship with me and their sense of fellowship with me will always cause them to deliver their criticisms with kindness—to temper their words with an understanding of what it costs me, the artist, to put my work in front of them.

This is harder for the professional critic.

Critics are the art-prophets of the modern world, and a prophet is only as good as his or her prophesies. Get enough "wrong" (which is to say, out of sync with the zeitgeist), and you're liable to lose your prophet-card. If everybody else hates that play/movie/painting that you love, eventually no one will listen to you. So it is always risky for a critic to love something. Critics must be courageous, and tough.

Despite this, a good critic retains a softness of spirit. She is by nature an empathetic person. A person who carries a sense of the fellowship of all of us, as a species. A person who understands that while art may be a product, it is the product of people who, like herself, are trying to make something good. This sort of critic will root that out wherever she can, hold it up, and affirm it. Critics—even good ones—are (contrary to popular opinion) human. They're allowed to have a bad day, where they're all pissy about a work of art for no good reason. But the empathetic critic does, indeed, exist.  There are critics whose bodies of work are marked by an abiding kindness. Love not just of works of art, but of the artists themselves.

"You try it," we scream ineffectually into the black abyss of their soulless eyes, "You just try it and see how easy it is to make something, you rodential-illegitimates!"

And where does Rotten Tomatoes come into all this?

The problem with a website like Rotten Tomatoes is found in the exact same location as its strength: it's democratizing, aggregating nature. Because once an arbitrary red tomato or green splat has been assigned, there is no way of weighting the individual critiques based on the relative empathy, kindness, or good-spirited courage of the critic. They all count the same.

And sometimes people, on average, are jerks.
Sometimes the kind ones get outvoted.

Sometimes everybody's looking over everybody else's shoulders, and because of their corporate oh-so-commonplace fear of being exposed as numskulls, a work of art that deserves compassion and encouragement gets nothing but hate. Spirits get crushed. Real live human people get smooshed.

Not that professional critics, individually or in aggregate, really have as much power as they'd like to think. They don't seem to actually drive the box office, and while many of us (myself included, unfortunately) rely on Rotten Tomatoes overmuch when making our viewing choices, ticket sales indicate that the vast majority of the viewing public just doesn't care. Great reviews will definitely help propel a movie higher up the ladder, but bad reviews can't seem to ever stop a tentpole-juggernaut, because A. people want dumb entertainment, B. those movies have humongous advertising budgets, and C. the internet has so democratized criticism that now, everybody gets their film reviews from their buddies—in 140 characters or less.

There are yet times when we crave an authoritative voice to tell us what to do, though, so a website like Rotten Tomatoes is still a force—an impersonal force that turns individual voices into data points, and insulates critics one layer deeper behind their claim to be the impersonal Guardians of Truth.

But truth is always personal, as is all art,* and it hurts to be impersonally lambasted online. 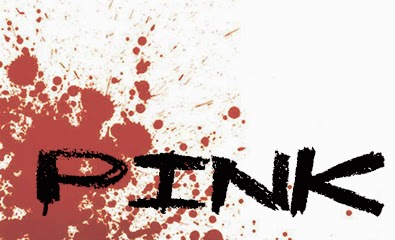 I personally haven't yet had one of my feature-scripts go through production, and therefore haven't had the opportunity to be torpedoed by Rotten Tomatoes. It could happen, though.

Next summer, Director Austin Herring and I are planning to go ahead with production on my micro-budget script, PINK. While any movie requires a succession of basically miracles to make it to "print," this could actually work. We could make a feature film, and then we could get into some festivals and onto some critics' radars. But even if we do, PINK will never be a wide-release film. Aside from all the tactical obstacles to that sort of thing, there's the simple fact that it's a freakin' weird story. Highly personal, and dark enough that only the edgiest hipsters are ever gonna wanna see it as a date movie. Even if everything went right, PINK would probably only ever be rated by a handful of RT critics, and if those critics are unkind, fear-filled hatemongers... we could be sunk. Try putting together funding for your second film when the first one's been splatted by ten beerbelly dingdongs with sucky love lives and too much internet power.

Because as much as it sucks to have a few newspapers giving a few individuals too much critical power, at least in that context there's some sort of accountability. Letters to the editor and whatnot.

Rotten Tomatoes appeals to the worst in people, because it makes it all too easy. You don't have to work to decide if you might like a movie. You don't have to follow filmmakers you like, and you don't have to develop and refine your own tastes. You just have to glance quickly at one freakin' number. Human beings become data points, nothing more.

I know I'm sounding like some Luddite screamer, here, but I really do think that this aspect of Rotten Tomatoes is part of what's killing good movies, today. The old way was slower and flawed and had the potential for corruption, yes... but it was also more human.

I'll most likely still keep checking Rotten Tomatoes, though... so who am I to judge?

I'll leave that to the critics.

*This entire post might or might not have been prompted by a one-star review my latest book** received on goodreads—one of the only three reviews it has, and a bizarre use of some self-appointed critic's time. After all... why waste time going after the little tiny guy?

**Well, yeah. Of course I didn't link you to where the bad review is. I want you to like me.
Labels: art film review