So last night I call my son to wish him my usual goodnight-when-he's-with-his-mum, but he's in jiu-jitsu class (which I guess I knew) so I don't reach him. After class his mum dials me on the way home and we talk, and he's especially chatty because A. he's in the back seat of a car and hasn't got anything else to do, and B. he wants to talk about Minecraft.

Most parents currently parenting know precisely what I mean.

But for those of you who don't/aren't, it's like this: Minecraft is a video game where you build stuff and get chased by zombies and become obsessed and join the cult and pledge your firstborn to the Orwellian geniuses/villains from Sweden who invented it. Apparently it's a creative, brain-building thing. Not sure I buy that but whatever... might as well fight gravity.

Anyway, the Kid calls and wants to talk, specifically, about wanting to make a movie based in Minecraft. Like, a real movie this time - not just me following him with a camera while he acts out various stories with varying degrees of coherence.

No, this time he's got ideas.

The story is about a guy who meets a girl and every time he tries to go on a date with her, they get sucked into the Minecraft world and go back in time. So they fall in love and have to survive all these trials, and in the end they defeat the under-dragon (apparently it's a thing) and escape the world of Minecraft. I'm not making this up. This is exactly what my seven-year-old boy tells me, giggling a tiny bit when he's talking about them falling in love.

He tells me we'll have to find some animators to make the Minecraft part look realistic. Then he tells me that he of course is going to have to miss a few days of school, because this is going to be a little longer than a short film, but shorter than a full movie.

He's sure of this, just as he's sure his dad can magically pull together the resources to make a half-hour movie. And I'm sitting here grinning ear-to-ear and trying to explain that, yes, we can/should/will talk about the story and maybe get some stuff together and figure out how to screen-capture something in Minecraft (which, let's face it, is a pretty cool idea this kid's had) but that movies are hard and this idea wouldn't be like that three-minute short we did last summer that we're still working on, and no... he absolutely won't be missing any school for this.

I hang up, grinning.

A half-hour later, he calls back. He wants to make sure I wrote down everything he said. He negotiates a little more for missing some school. I smile widely, but manage not to laugh.

Not because he's being funny, but because it's so breathtakingly, achingly beautiful, this boy I have who loves stories like I do and - here's the painful part - thinks I can just whip out a movie for him.

Suddenly I'm thinking about just humanity as a whole. The dreams we have. The hopes. The times when we believe in something beyond believable and then - here's that pain, again - we find out we're wrong. That dad is human. That there are bounds, and the boundless isn't real.

My heart aches a little, knowing that my son's going to grow into a realization of this. Part of me wants him to get it over with, but another part says NO. Never. This other, better part says that while I'll try to admit my weaknesses and failures regularly and be as real as I can with my son, that I will always find a way to help him keep dreaming of a world where fathers can be ten feet tall, and you can defeat giants.

Maybe this Minecraft obsession isn't so bad, I think.

Maybe there's a place for a world where you can make anything. 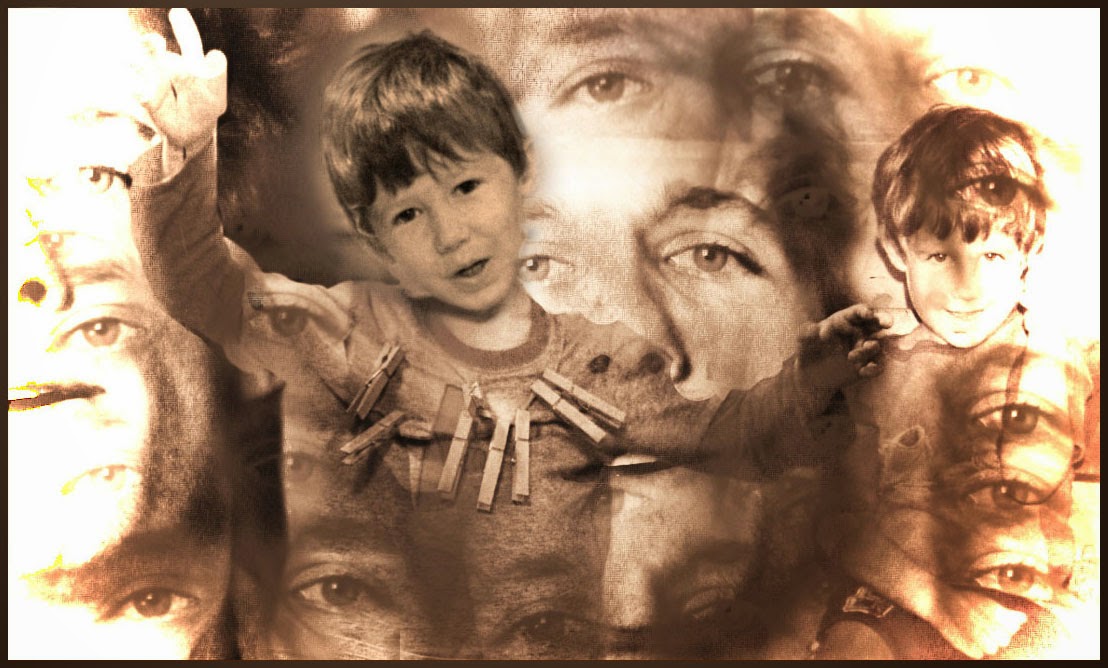