Kinkade Kickstarter Koming (no, not THAT K.K.K. - geez) 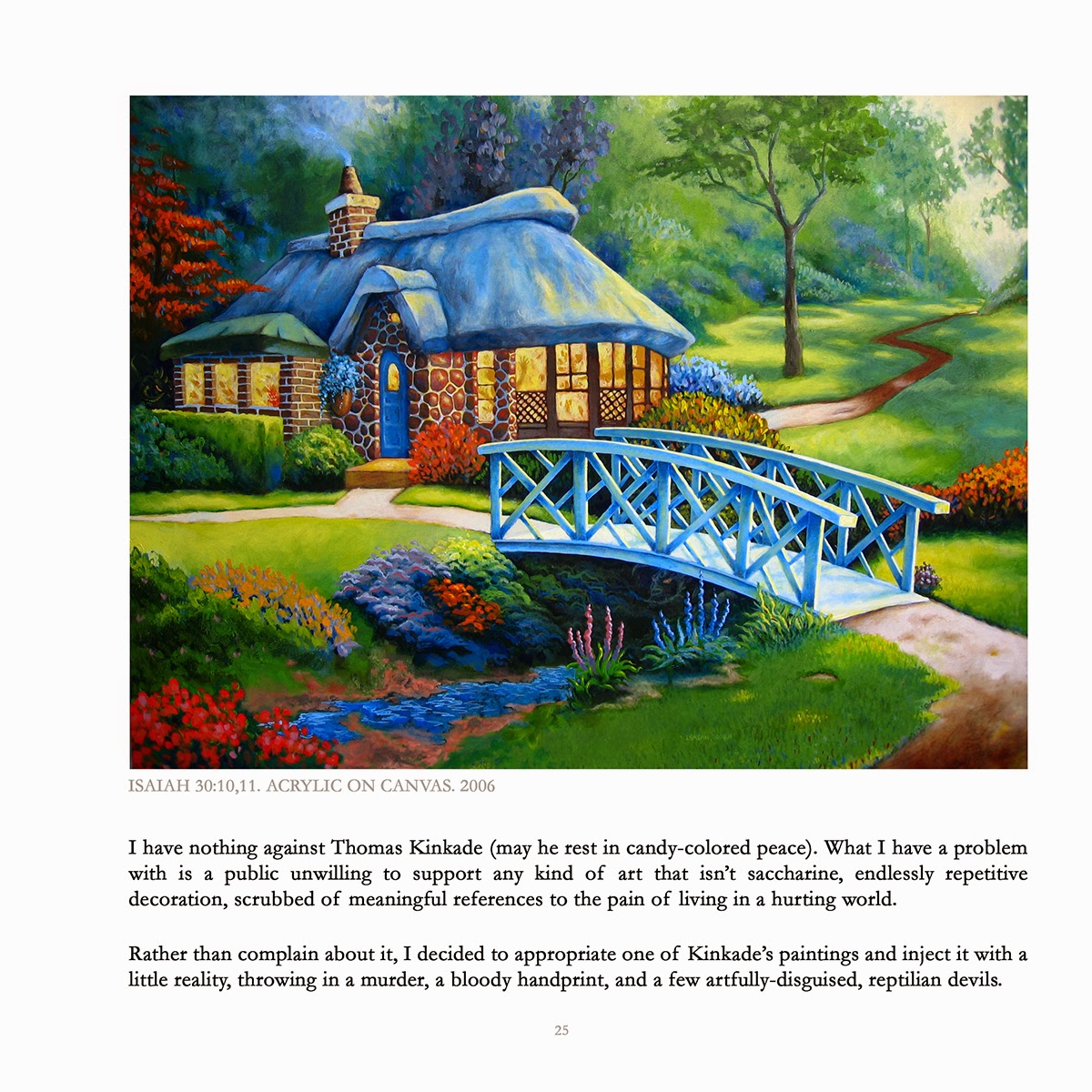 Two and a half years ago I left a stable, salaried job to follow my passion. I was gonna live off my savings, write novels and screenplays, and move quickly and effortlessly into full-time, professional writing.

You might find this hard to believe, but not once since then has anyone backed a truck full of money up to my door and asked me to sign for it.

So I decided to do what all the art-kids are doing these days and run a Kickstarter. For the uninitiated, Kickstarter is an online art-fundraiser-thing where I say I wanna make some art but can't afford to, and you say that's such a fantastic idea that you'll pay for it in advance. This also works for potato salad.

But what should my Kickstarter be?

I thought about it and thought about it, and then one day... EUREKA! The answer was obvious. I mean, what's in higher demand these days than puzzles? Theater attendance is dropping off dramatically in this country, and where else could everybody have turned for their entertainment?

It's a crowded marketplace, though, so I knew my puzzle would have to be special.

I decided to make one based on my Thomas Kinkade ripoff-painting, in which I had taken Kinkade's "Friendship Cottage" and re-painted it... but with a few extras (bloody handprint, demons in the shadows, et cetera). That way, puzzle time could be an event for the whole family. Grandma (whose eyesight's going) wouldn't see the little bonus features, and the kids (who rightly identify Kinkade's stuff as formulaic nonsense) could have fun finding those features and giggling over the fact that grandma thinks it's just a happy little cottage.

The first step is finished.
My test-puzzle has arrived, and today we sat down and gave it a go.

I've still got a lot of figuring to do with stuff like shipping and all that to make sure it's feasible (although I'm pretty sure it's worth it at ANY price), but I'm curious what you think. Would you buy one?


*Note: The thirty-minute time suggested on the box was an invention of the puzzle-printers, who were obviously smoking crack when they came up with it.


*Also Note: You don't need to buy a puzzle to get a copy of this picture: I've got it in my Art Book, which you can pick up on Amazon for less than ten bones.
Labels: art humor kickstarter