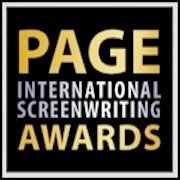 So, yesterday I found out that my script FOUNDER had made it past a couple rounds of judging, and is now a Quarter-Finalist in the 2014 Page Screenwriting Competition. There were thousands upon thousands of entries this year and so far, my script has made the top ten percent.

But see, right after I got that news, I found out that a different script that I'd weaseled onto the desk of a super-legit Hollywood producer had been looked at by the people he'd paid to read my script, and they thought it sucked.

The dude was kind enough to call me, first, to let me know that the results were "really rough." Then he sent them to me, and they were indeed rough. All three of them. From three independent, paid readers who had independently decided that one of my scripts sucked. Suck, suck, suck.

It sucks the happy-sauce right out of having FOUNDER advance in a screenwriting competition... but maybe not for the reason you think. See, I've been writing and submitting long enough, now, that I am used to rejection. I can handle rejection. What I have a hard time handling is the suspicion that something that I think is well-written actually isn't... which would mean that I'm not a particularly good judge of the difference between sucky writing, and not-sucky writing.

That's a huge problem to have as a writer, since all I do is sit around all day trying to  make that distinction. I write a word, weigh out a bunch of other ones that could come after it, and then I pick the one that I think sucks the least and scribble it onto the page. And so on.

If a writer can't tell the difference between sucky and not-sucky, then he deserves to be laughed at for having spent two years of his life and most of his savings delusionally writing sucky scripts that no one will ever want to produce, ever.

So naturally, after hearing about my sucky coverage, I took all the feelings that burbled up and I stuffed them down a deep, dark hole, where I would never have to feel them again.

Except... except that's not how it works. Feelings aren't like inconvenient corpses you can just bury in cement at that sorta-kinda construction company you run for your uncle Luigi. Feelings are like energy - they're eternal. They're the T-1000 of corpses. If you bury them, they ooze out all over the place, re-puddle, and come back to shove a spike through your eye.

Instead of burying them, then, I'm going to admit that it hurts to have someone say nasty things about something I poured myself into for a very, very long time. It hurts, and it makes me feel poopy, and it makes me really, really doubt myself.

There. I said it.

Now I can let myself feel it.

Know what, though? I can also let myself feel happy that yet another screenwriting competition this year is giving me some love - and for a different script than the two previous ones! Hooray! I can feel happy that my short film TWO FOR TEA turned out spectacularly well, and that sweet-sauce Director Ben Joyner has been sending it out to Festivals all this past week, where it will no doubt be received with universal acceptance and wonder (seriously, y'all - this one's a winner).

I can feel happy, and I can get up at 5a.m. this morning and write until noon, because in the words of our dear friend Ray Bradbury...

"To fail is to give up. But you are in the midst of a moving process. Nothing fails then. All goes on. Work is done. If good, you learn from it. If bad, you learn even more. Work done and behind you is a lesson to be studied. There is no failure unless one stops. Not to work is to cease, tighten up, become nervous and therefore destructive of the creative process."