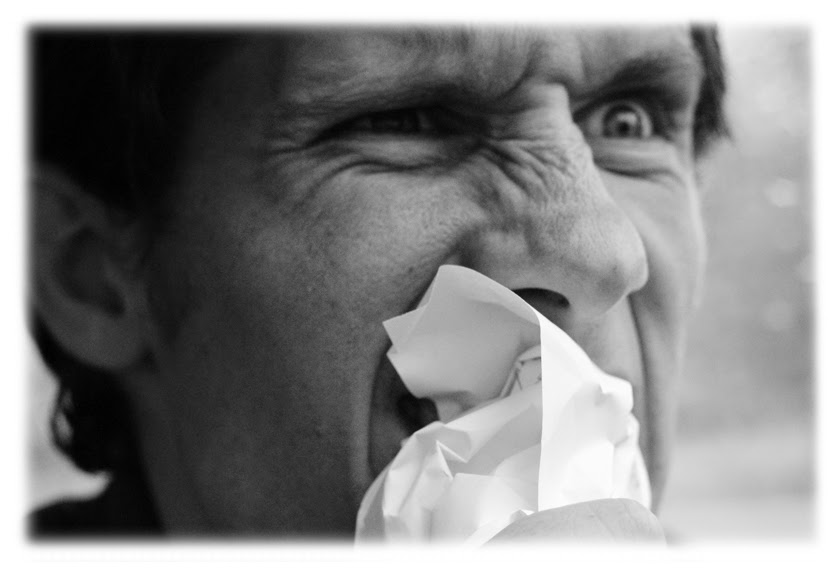 I wonder what "anxiety" means?

I mean, I wonder what that word "anxiety" means to you, when you say it. Because every one of us is incrementally different, and even sometimes astronomically different.

I feel a little anxious, but I don't know if it's worth saying so. Because I know that when I do, you'll hear me speak that word, and then you'll translate it from what I'm meaning into your own internal conception of "anxiety." And unless you're an extremely dedicated, self-reflective psychologist/philologist/epistemologist, you won't have much of an idea what that is, either.

Language is fascinating. It's a story we agree on, without even knowing how much of that agreement is based on fact - without ever bothering to nail down precisely what we mean by any single word we use, or how well we and the people to whom we're talking actually line up, meaning-wise. We don't bother, either because A. We've never wondered about it, or B. We have wondered about it, and we'd much rather not.

Language is imprecise, but precision might just be overrated, and it's definitely a little annoying.
So let's get back to my feelings of anxiety.

Here's what it means to me on an existential level: It means my legs feel jittery. Its means I'm hungry for ice cream, but mostly just because eating it would give me something to do and because ice cream is delicious. It means I want to be somewhere else. I want to be moving. I want to be anywhere and do anything that gets my mind off the fact that I feel tense and edgy and directionless right now. It means I want to connect with another human being - like maybe I should go talk my parents into playing scrabble, or something.

Anxiety means I spend a whole bunch of time getting caught in these cyclical thought patterns where I wonder if the source of these weird, off-kilter emotions is having just finished the first draft of a film script, which is followed by the thought that the only thing that would keep me from feeling anxious would be to always be working all the time. And that thought makes me anxious, and keeps me from actually doing it.

It's not major.
I'm not having a panic attack.

I'm just mildly off-kilter, and feeling a little lost to myself - wondering if/when it's going to stop, so I can go back to whatever "normal" is.

While I'm not sure of the source of the anxious feelings, I actually do know what to do to make them go away. There's the "making stuff" thing and the "interacting meaningfully with other humans" thing, Then there's exercising, and my personal favorite (ha-ha): stop being a whiny little narcissist and do something kind for someone else, for a change.

The anxiety makes me unwilling to do any of those things, but here's the trick... I wrote this, and somehow I now feel just a little bit better. Possibly almost better enough to go do something even more effective, like write a kind note to a friend who's struggling.

Or maybe I'll just go to the store and buy some ice cream. Because ice cream.

Whazzat? You say you really liked this blog post and it changed your life forever and ever, amen? Well, share it on your social internets, already!
Or maybe support my writing habit with one of the options at the top of the sidebar to the right. Like, by grabbing a copy of my short story collection. Or picking an option and paying for a custom blog post. Cheerios, Josh. -->