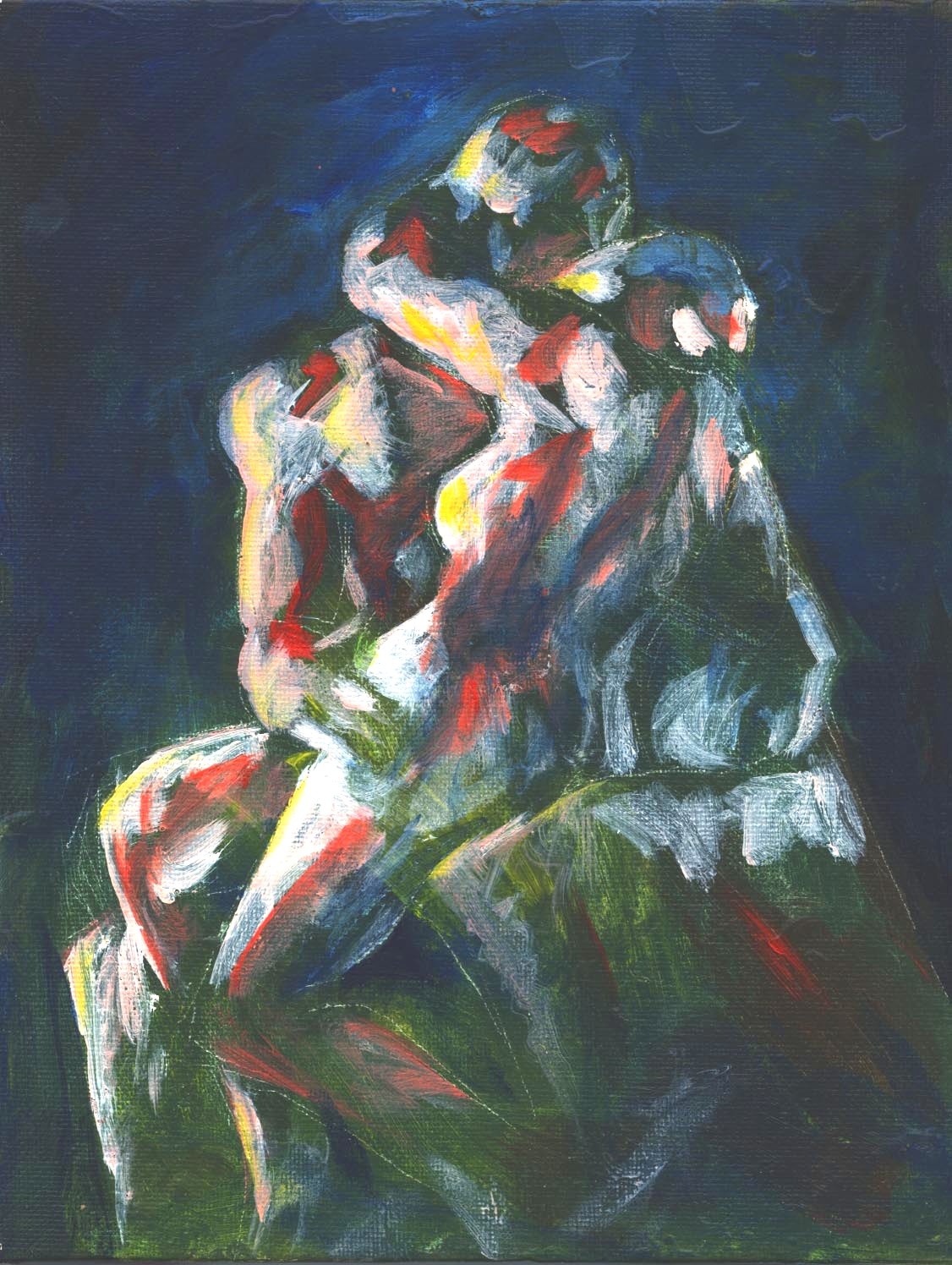 The first and last bit of erotica widely accepted by the Christian Church was published around three thousand years ago by a guy named Solomon Davidson, and through clever use of metaphor explored things like genitalia, orgasms, and maybe even oral sex.

Or, y'know, it could be just a list of non-metaphorical details about plant and animal biology.

Back in those days, the Church hadn't yet clued in to the fact that sex was a force so potent they'd never be able to control it, and for that reason failed to tell Mr. Davidson that what he was doing was dirty. Well, that and the fact that Christ hadn't yet been born, and it hadn't yet occurred to anybody to invent the organized religion that we today call Christianity.

But once the early Church fathers discovered that people were more concerned with getting it on than getting it in the offering plate, they tried to argue that sex was the Original Sin - the very thing that got us all kicked out of the garden. They said that it (sex) should only be done now with great reluctance, in order to get women pregnant with Christian babies so that the Muslims, Buddhists, and New York liberals wouldn't procreatively inherit the earth.

By then, of course, it was too late.

This "Song of Solomon" had already been confirmed as Holy Writ, so ministers and pastors and priests were stuck with a little pocket of dirtiness, right there in the middle of their squeaky-clean book. They dealt with this pocket of dirtiness in a number of ways, most notably by holding it up and saying, "See! The Bible is absolutely in favor of sex... in the right context," implying that Mr. Davidson had undoubtedly written this little bit of erotica specifically for his wife, to be read to her, in the privacy of their bedroom, before his annual dipping of the proverbial wick.

This was an easier line to sell when the Bible was in Latin, and nobody but the priests understood Latin.

But then some idiot translated it into German, then English, then everything else, and suddenly any old body could read for his or herself that not only was Solomon a bit of a philandering letch, but the entire Bible was full right up of people getting it on left and right... and didn't seem to always and only be condemning this behavior.

As difficult as it became for these Church Leaders to condemn sex, and as pretzelly as they had to get with their words in order to try and cram sex down into the hush-hush world of a (patriarchally-dominated) marital bedroom, they nonetheless still managed to quash the very idea of Christian Erotica to the point that among the more belligerently-dogmatic of these anti-sexers, movies and books with explicit, non-FADEOUT sexual references are still condemned as being dirty and sinful.

But what if they stopped with this logical double-jointedness, and instead opened their eyes to a creative field that is wide-the-heck open for exploration: Christian Erotica.

Think of the possibilities! Think of the three-thousand-year hole in Christian expression, just waiting to be powerfully, explosively (so to speak) filled!

Think, dear internet-friends, of the MONEY!!!

In novels alone, the "Romance" genre (code for "sex books") generates nearly one and a half billion dollars a year in this country annually, with nearly a fourth of the population reading at least one "romance novel" a year. And yes, I might have pulled those statistics off a random website that might or might not be based in fact - but still. Think of the possibilities.

Sure, yeah, Christian bookstores have long since figured out that they can make a lot of money by pumping out their own brand of saccharine, sexless romance - and that probably does account for a significant portion of the above-mentioned statistics. As Christian theologian Hans Rookmaker said in his book Modern Art and the Death of a Culture, "out of this [defensive attitude toward sex] grew the notion of 'romantic love,' a love pure and beautiful and eternal, virgin-white and virtually sex-less."

But it's not like Church-people aren't still craving their Fifty Shades of Gray experiences. It's not like they're not YouPorning it up, and renting Fatal Attraction on pay-per-view every time they get a hotel room.

What are they learning from all that?

I'll tell you what they're learning. They're learning to believe in an escapist fantasy - an idea of sex that no real-life partner could ever fulfill. You know that. I know that. Heck, the pastor of your church knows that - which is why you've heard a dozen sermons railing against the evil of it.

But what hasn't happened in the Christian Church over the past three thousand years is that no one has stepped up to offer an alternative. No one has created a line of Christian novels that subvert what has come to be the prevailing narrative of the genre - that sex is best when it's anonymous, extra-marital, and accompanied by whips, chains, and large tubs of yogurt.

So if the church can't figure out how to give it to them, they're going to keep running around getting it elsewhere - spending all that money elsewhere. And money, as we all know, is the root of more money, and the True National Language of America.

Whaddaya say, fellow-artists? How about instead of the pasteurized nonsense of church-based Fireproof movies, we start making movies with some really juicy sex scenes? How about instead of this Francine Rivers garbage, we start writing some real bodice-rippers, where people who wait for marriage to have sex eventually work through all the awkward confusion of it and end up getting it on in hotter, heavier, and more explicit ways than anything the rest of the world has to offer.

As Madeleine L'engle said in her wonderful book on creativity, Walking on Water: Reflections on Faith and Art, "There can be no categories such as 'religious art' and 'secular' art, because all true art is incarnational, and therefore 'religious.' "

So, let's do it. Let's get out there and make some Christian Erotica. Let's get rich telling the world just how sexy Christianity can be.

Whazzat? You say you really liked this blog post and it changed your life forever and ever, amen? Well, share it on your social internets, already!

Or maybe support my writing habit with one of the options at the top of the sidebar to the right. Like, by grabbing a copy of my short story collection. Or picking an option and paying for a custom blog post. Cheerios, Josh. -->