Last night I met a guy from India, who's in Charlotte doing PhD research on happiness in urban populations. He said they'd discovered that after people reached a base income of around fifteen thousand dollars a year, there was no real correlation between greater wealth and greater happiness.

When I asked how it was possible to quantify something like that, he said it really isn't - that results are always totally subjective. Then he asked me to rate my own happiness on a scale of one to ten. I hemmed and hawwed and said, "eight," but that my answer might change if he asked me again in fifteen minutes. He said that tended to indicate a high degree of instability in my life. I (probably defensively) asked him for his one-to-ten quantification, and he said "five."

He mentioned research showing that pessimists are actually more realistic, and I (having read of the same study, myself)  agreed that optimists are often just people who are more willing to ignore the way things actually are.

The world is a pretty screwed-up place if you pay it enough attention. 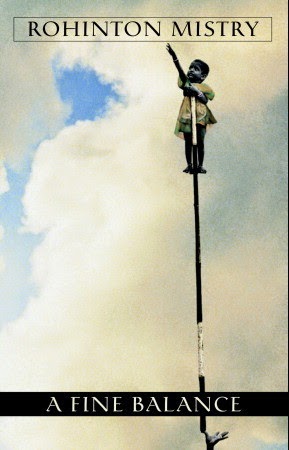 This led to a discussion of the novels of Rohinton Mistry and Jhumpa Lahiri, and then to my wondering if perhaps his "five" was in part a result of the isolating effect of American Individualism (in contrast to the highly communal, networked nature of Indian society) - which he admitted, but then surprisingly sort of poo-pooed as being an arbitrary convention. He didn't think you could assign an absolute value to human communal-connectedness - that it was all subjective.

His take, by contrast, was that happiness was a function of the ego - that human beings need endless affirmation with regard to what they're doing with the Project of their Lives, and that high levels of happiness are the result of high levels of affirmation.*

I disagreed, and said that I thought it came down to gratitude.

I've been thinking a lot about gratitude lately, and how it relates to Fear and Pride. My buddy Austin and I have this ongoing argument over whether the primary motive force in the sorts of negative human behaviors that can be categorized as "bad," or "evil," or "sin" is Fear, or Pride.

I, being a sort of winging wiener, have always sided with Fear. Whereas Austin - perhaps the cockiest chap I know - goes with Pride.

We both admit that the other's choice is important... but not that it's primary.

Lately, though, I've been thinking that the source of what ails us (which is to say, the human rat-race) is something else entirely: ingratitude.

So the point I made to Mr. India PhD-man is that it doesn't seem to matter whether you are a slum-dweller in Calcutta or a Bajillionaire in Beverly Hills. Your capacity for happiness seems to in some way be proportional to where you're able to put your attention - whether your focus is on what you have, or on a perceived deficit. 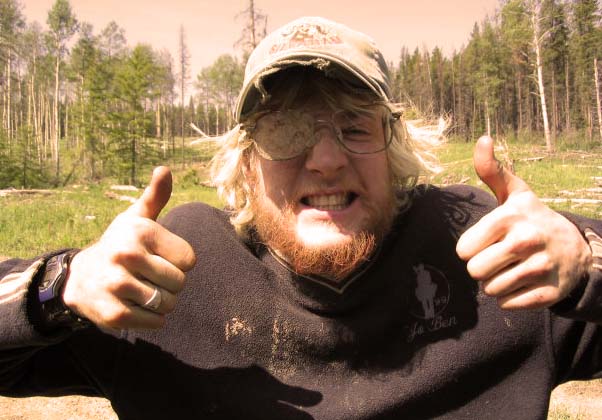 I said that I had no idea what, exactly, enables one person to do that over another, because in my experience with humans, well, "results vary." To drive my point home, I told about my years in industrial reforestation, and how I'd learned to basically lie to myself - to take the focus off the obstacles and challenges of the job and instead to pretend that all I saw were opportunities. I willfully moved my perspective away from a concept of treeplanting as a necessary evil, to something that had inherent value and worth.

He asked if that worked for me. And if he was smirking, I didn't see it, so I said, "yes." I said that I carried that shift in perspective into my work as a foreman, and was able to build some of the most financially successful - and happiest - crews in the companies for which I worked.

I have this vague recollection from my readings that Indians are incredibly polite people, who will nod and listen attentively even if they are PhD candidates who are smart enough to get scholarships to study in America, and you are just some random guy they met at a couchsurfing event.

Nonetheless, I think I'm right. I think that gratitude for what you already have that is good - even if it's just something as simple as the air you're breathing - is the key indicator of your capacity for happiness.

Not that I think that's simple, mind.
As a natural depressive, I sometimes have no idea how to make that shift.

Perhaps it's related to that whole Buddhisty "Elimination of Desire" thing I wrote about recently in that sex-post thing. Or maybe it's the Christian concept pointed out by Dr. Beck in a recent Experimental Theology post that "Gratitude, holding life as a gift, is key to the ability to love, the ability to give freely and non-anxiously to others."

Whatever the case, I'm glad to be thinking about it, and grateful to you, Mr./Ms./Mrs. anonymous internet-person, for reading.

Now... comment and affirm me - because what if he is right?!

*Which in retrospect seems particularly loony to me, given the number of highly "successful" and widely-acclaimed people in this world who every year punch their own tickets.

- - -
A FINAL NOTE: Writing isn't magic. It's hard work, and the greatest reward for that work is to share it with others. So if you enjoyed this little (ad-free) piece of my brain... please share the love on your social internets. And pick up a copy of my Short Story Collection, whilst you're at it. You can even get it as an ebook for less than a fancy cuppa hot bean-water, and it'll last waaay longer.
Labels: faith identity