The Unfortunate Existence of Screenwriters

The Oscars happened a little while ago, and the one class of people that pretty much everyone "forgot" to thank were the screenwriters.

If you're not involved in film production in some way, chances are pretty good you're not really consciously aware that screenwriters exist. You probably, like most people, think that movies come into being like this: some shadowy guy called a "director" gets some cool people together, and then he and his crew follow them around, pointing a camera at them while they do cool stuff. I used to see it that way, too, and even after I'd spent some time on film and TV sets, I still didn't think too much about screenwriters. I'd never seen a screenplay, and the only screenwriters I'd ever heard of were the ones who were also directors... which, to my ignorant way of thinking, was their much more significant and impressive function.

So, I'm going to go ahead and forgive you in advance for being completely ignorant about what I do with my days, out here in the wilds of Northern Carolinica. When everybody's ignorant, after all, nobody's quite responsible.

I'm not here to educate you, however.* I'm here to explore why it is that screenwriters are apparently the embarrassing, illegitimate stepchildren of the film industry.

Recently, on a podcast I follow called Scriptnotes, screenwriter Craig Mazin was umbraging about the lack of Oscar-love for screenwriters, and he suggested that perhaps it was because all these directors and actors were somehow threatened by our existence. They all agree at the start of the process that the script's the most important thing, he said, but at the end of the process maybe they just don't want to think about the fact that without our stories, they're just really attractive people standing under bright lights, looking cool (my words, not his -- and yes, I'm aware that without them, writers are just less-attractive people with bad posture, hunched over laptops). 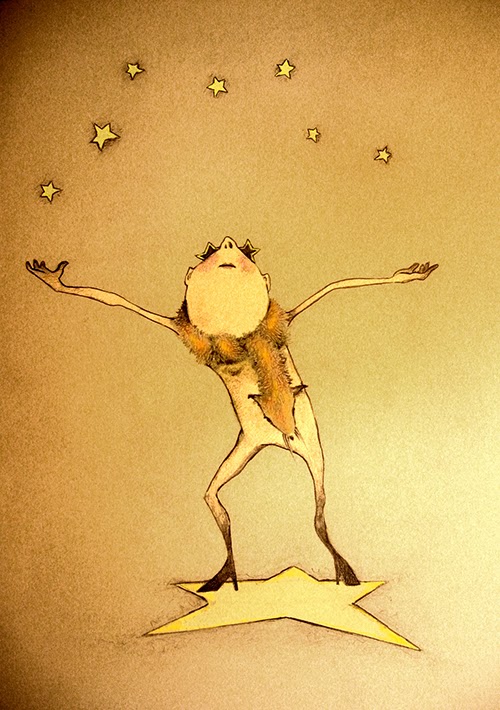 But I also think that what's happening on Oscar night is a reflection of a trend in the broader film-culture—the culture that includes all the people who are purely consumers of films.

We go to the movies to be transported. At the movies, we suspend disbelief and follow characters on journeys that are a distillation of life into something more powerful, more emotionally compelling, and perhaps even more true than our workaday experience. When we are doing this, we need to be able to believe that what we are seeing is reality. After the curtain falls, we're fine with positing the existence of some shadowy, workmanlike group of people running around recording cool people doing cool stuff, but if everybody really knew what screenwriters do—that everything on that screen started out as words on a page—the suspension of disbelief would become much more difficult.

I know this, because now that I've spent so much of my life studying screenplays and writing them, it is much, much harder for me to get as lost in the world of a film as I once did. It has to be a really good film for that to happen, and even then I still sometimes find myself thinking about the writer.

A part of me really and truly mourns that loss.

But I've intentionally made that sacrifice, out of a desire to be a part of the process. Your average movie-goer hasn't, and because most people are ignorant of the sometimes grinding, mundane nature of film-making, the actual process still seems magical. But words? Everybody understands words. Words are concrete. They can invoke the ephemera, but they are most decidedly NOT it.

So, while it may only be an outworking of the story-protective subconscious, I think it's possible that the culture as a whole is actually willfully ignorant of screenwriters. I think this is possibly why the primary credit for the story (at least in popular culture) goes first to the actors, then to the directors, and then to... magic, I suppose.

I think people create a film-making narrative for themselves without any screenwriters in it, and then I think they propagate a feedback loop in which actors and directors inevitably begin to believe (at least on an emotional level) the story they swim through in an endless succession of awards shows and interviews. That this is their story. That they made it, with only a wee bit of help from anybody else. Rationally, of course, they're still aware of the importance of screenwriters (and cinematographers, and grips, and craft services). But I can see how reason might fly right out the window when you're clutching a gold statuette under the adoring gaze of millions of fans.

Don't get me wrong: the Oscars is an awards show for the film industry, and those jerk-nuggets really need to start thanking the #%^@ing writers.

But I don't see their negligence as so much the product of intentional malice as it is the collision of basic human ego with a tidal-wave of willful cultural blindness.

The ego part is probably why Mazin's right—why they most likely are threatened by us... but I think perhaps the deeper reason that screenwriters are overlooked on Oscar night is because our existence kinda screws up the magic—a magic that the millions of (paying) Oscars-watchers depend on.

So even if I will absolutely piss and moan if I get unjustly snubbed on Oscar night after having been fortunate enough to write a feature film that (miracle!) gets made and (double-miracle!) garners the attention of the Academy... as long as people are still out there getting their jollies from films, I suppose I'll just have to pick up that cross and bear it.

*Now that I've told you about the problem, though, I suggest you educate yourself. Here's A LINK to the first few pages of some of my own screenplays, as a quick primer.
Labels: film writing