Drawings With the Boy: Alamar

A couple of years ago I did a little project with my (at the time) four-year-old son, where I got him to draw with a pen in a sketchbook of mine, and then I went back in and water-colored the drawings he made -- often writing down his explanations for what the drawings meant.

This is one he made after we'd watched the gorgeous Mexican father-and-son film, ALAMAR, for the second time. It depicts a scene in which the young boy watches as his father and grandfather go spear fishing. 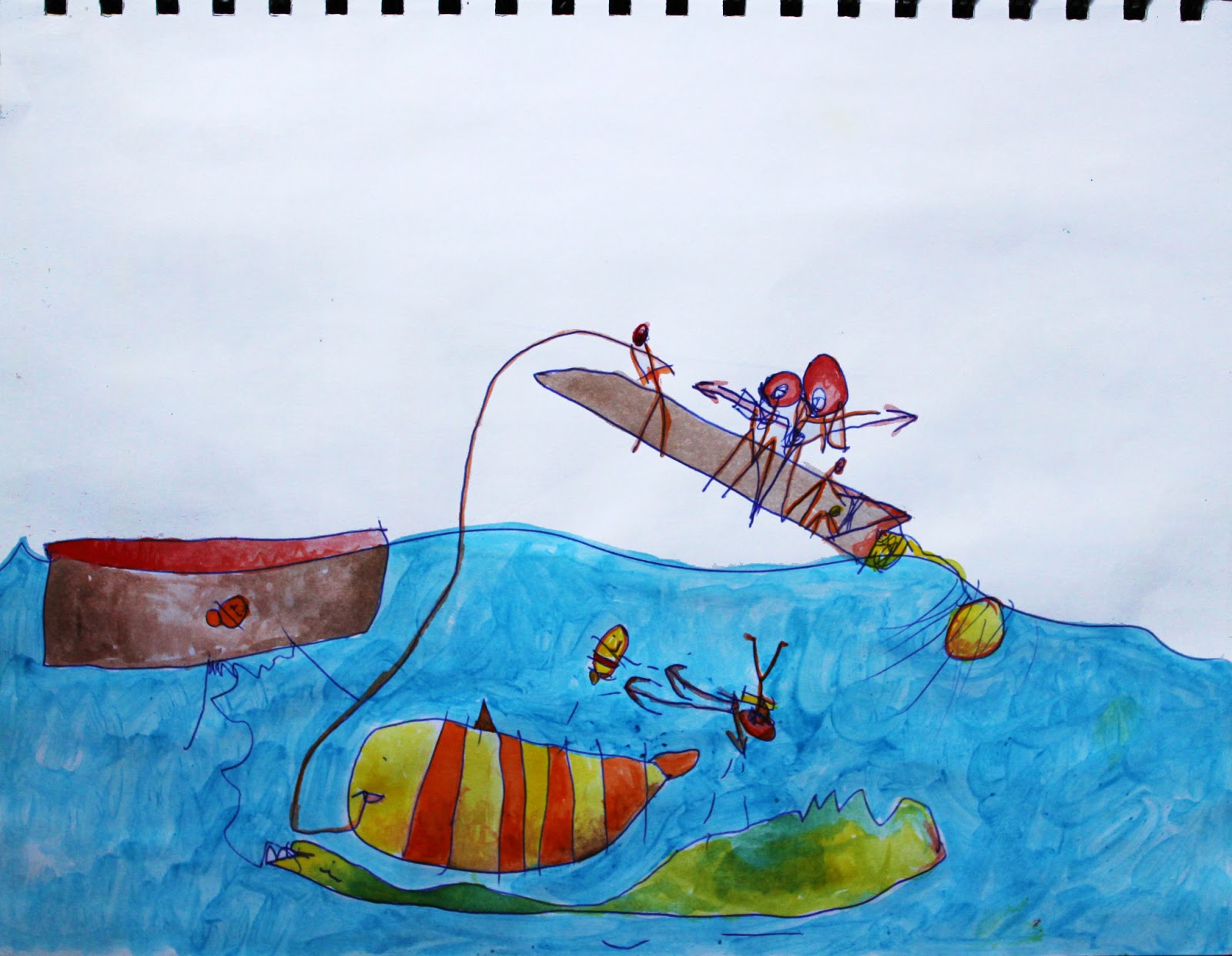 "They went underwater to catch fish. They were using little things that had bow and arrows to shoot them."

*NOTE: The purpose of this post is three-fold. First, to show you some beautiful art. Second, to brag about my awesome son. And third, to make me seem like an awesome father. What can I say? After yesterday's downer of a post I needed a pick-me-up, and you neglected to drop by to give me a hug, you jerk.
Labels: painting parenting