Death to the Third Person

It's not giving anything away to tell you that my brother Joey dies at the end of the first short story in my book. After all, I did announce in the very first line that our love's what killed him.

What you should probably know, though, is that even though I did in fact go tree planting with my older brother, and even though we did in fact jump together out of a helicopter as it hovered five feet off of a mountainside (which I alluded to in the story but did not include because, well, who would've believed it?), my actual brother did not actually die out tree planting. 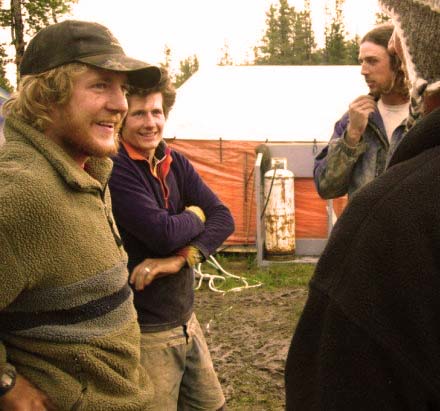 My actual brother's name is Jo-Ben (not Joey). He lives in Florida, is obsessed with soccer, and his wife's about to give birth to their fourth child.

The tree planting brother I killed in my book was a mashup of Jo-Ben, some of the other crazy cats I knew out planting, and an inhuman ideal that a lot of us tree planters beat ourselves up about not attaining.

I'm still not entirely sure why I killed him,* but the craziest thing about it to me is the number of people who were as torn up about Joey's death as I was when I was writing it. I think I've had over fifteen people approach me, either by email or in person, to ask me with desperation-tinged anxiety if my brother is all right. Some of them have come right out and offered their condolences, and one woman confessed to being so emotionally wrecked by the story that she couldn't sleep until she'd had a chance the next day to ask if it was true.

I love that I was able to tap into something that emotionally resonated for me to the point where I was crying as I wrote it, and then was able to share that resonance with other people. Love, love, love it. I knew it was a powerful story, which is why I put it first. Grab 'em from the get-go, right?

But then I started to think about why so many people love that story so much, and why so many of them tell me that the tree planting stories in the book are their favorites. After all, I also cried a fair bit when writing the story, "When Twice Again They Died," and nobody really comments on that one.

Yesterday I found a bit of stubborn-mojo with regards to a story I wrote called "The Button" that was recently dismissed by the editor of an online magazine as having cumbersome diction and not a lot of impact. So I took that story and I submitted it to fifteen different literary journals. I'll show that philistine who's cumbersomemumble-mumble-mumble, I said to myself, as I sent that bad boy off to glory.

But then I started to think about what I'd discovered with my first spate of (heavily-researched) story submissions: that almost without fail, the literary journals of the world today prefer to publish first-person realism. Pretty much every single one of those journals posts samples of the sorts of stories they publish, and pretty much all of them are somebody saying something about how they woke up and rolled over and looked in the face of the person they'd screwed the night before, and cetera.

It's like the journals themselves all woke up one morning and thought, "You know what... let's hand the story-reigns of the world over to Lena Dunham." 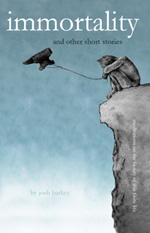 And why, out of the twenty-two short stories in my book, are the ones that are most commented on the ones that are likewise written in the first person? Is there something about the first person voice that helped me to write better? Did putting two of the three tree planting short stories in there in first person force me to invest myself more deeply? Do I suck as a writer when I'm not overtly pretending that it's me experiencing the story? Am I the reason why my stories keep getting rejected?

But maybe there's something else going on, here. Maybe in a world of blogs and digitally-fractured selves, what people crave from their written stories these days is the sense of being inside someone else's head. Of really understanding someone else in a way that makes them feel that they, too, could be understood. Maybe in a hyper-speed world where everything's changing and moving faster than we can comprehend -- in which we seem to be hurtling toward a self-inflicted mass-die-off of the human race -- people are just yearning for something slower... something that proceeds at a pace a little closer to the way humans actually think.

Or maybe it's just a question of pop-psychology. What if the problem isn't the voice, but the presumption implied by the voice that anyone could have anything other than an extremely limited and completely conditional point of view?

I recently watched a trailer for a Lindsay Lohan reality TV show in which Oprah Winfrey told the troubled young star that it was "her truth" that Lindsay was going down a dark path with all her drug addiction and childish behavior.

Do we really live in a world where the presumption of any kind of knowledge is so taboo that you have to pre-qualify every statement with the words "now this is just my truth..." and end up with, "...but what do I know?"

Arrogance is stupid. We get it. Epistemological humility is better. We get it.

But can we all agree for the purposes of practicality to dispense with the false humility of pretending like we don't have firmly-held opinions about pretty much everything? And can't I write a story in which -- instead of pretending like I'm not playing God by talking about my bowel movements in the first person -- I actually step back and shape the narrative to say what I want it to say, because the fact of the matter is that I don't much mind letting my own strong opinions play an overt role in how my stories are made?

Maybe I am just making excuses for bad writing, and my problem isn't that I'm not writing in the approved voice, it's that I'm not actually writing well. Maybe my diction is cumbersome, and my stories don't have any real impact.

On the other hand... maybe not. Maybe I'm not just a sucky third-person-omniscient, and what's really going on here is that the literary-journal world is riding a set of waves I haven't seen coming. I'm getting blasted again and again, tumbling over and over myself because I haven't had the prescience to see the writing on the zeitgeist-wall.

I'm currently over twenty-thousand words into a novel I'm writing in the first-person, in a voice similar to the rambling, informal one I've cultivated on this blog (which people seem to like).

So let's just see if maybe it's not me who's the problem. Maybe it's everybody else. And maybe when everybody else gets a load of this new novel, they'll come together to launch it to the top of the charts. Then I'll use some of the bajillions of dollars I make from the sale of my book to buy a printing press and start a literary journal that publishes only stories that are told in third person omniscient.

*In POUNDERS, the screenplay version of the story, he actually survives. Barely.

A FINAL NOTE: Good writing isn't magic. It's hard work, and the greatest reward for that work is to share it with others. So if you enjoyed this little (ad-free) piece of my brain... please share the love on your social internets. And pick up a copy of my Short Story Collection, whilst you're at it. You can get it as an ebook for less than a fancy cuppa coffee, and it'll last waaay longer.
Labels: culture philosophy writing