There was this girl I liked back in college who looked a little bit like Jennifer Lopez. She played soccer. She was cute and bright and a bit manic, and when she came into my apartment the first time, she took one look at the art on my walls and said, "You need to paint more butterflies and rainbows."

Nobody wants to hear about the dark stuff. We'd like for things to be rosy, because roses smell good and they're pretty and they make us think of romance, and love, and trashy television shows where people play out their fantasies for the rest of us to watch in drippy-eyed wonder. So when I write about feeling down, it's natural to want me to stop.

One way people try to get me to stop is to say nice things to me, like how I'm a champ, and I write like Ernest Hemingway and Kurt Vonnegut's miracle-baby-love-child.

Another way is to tell me to shut up and stop whining.

Nobody likes a whiner. Especially not an uber-privileged, white-male whiner. But I don't think that's my whole story, and here's why.

After J-Lo-Soccer-Girl recoiled from my paintings, I had the opportunity to sit down for a little round-table with my Creative Writing class and the noted poet, Luci Shaw. I said to her, "Mrs. Shaw, I'm a visual artist and I do some pretty dark stuff sometimes. When I do, sometimes people get worked up about it and act like there's something wrong with me." And I told her about the butterflies and rainbows.

She got quiet, thinking.

Then she told me two things. First, she said, you've got to look at an artist's whole body of work. What does it point to? Taken all together, what does it say? Then, she added, you've got to remember that darkness is an essential part of the truth.

I think I remember her mentioning chiaroscuro, a term coined in the renaissance to describe the way light and dark work together to reveal the Form of a thing. I remember her talking about how you can't have one without the other, and that it is the contrast between the two that shows the what a thing is really like.

I took comfort in that. I also took comfort in the fact that the dark paintings I made were good for me.

They helped me process some of the things inside myself that I couldn't quite figure out how to say in words. After I'd painted them, I could stare at them on a wall somewhere and say, "Yeah... that's what I'm feeling. Like that." And somehow in that process, those things lost a lot of their power. I painted them out, and then I let them go a little bit. Not entirely, but a bit.

You know what the crazy thing was?

Sometimes other people would come up to me and say, "Josh... that thing you painted - the one with the green guy and the hands? Man, I just sat and stared at that thing for, like, ten minutes straight, because that is exactly how I've felt, and I haven't known quite how to put it into words."

There's nothing like that, for an artist - to know that you've somehow reached down into another person's hidden pain and helped them pull some of it out into the light where they can inspect it, and see it for what it is. Not a gruesome, all-powerful monster, but a weak, snittering little imp.

In 2004 I went to a concert in Vancouver, BC, where I listened as my friends Chris and Jesse played a show. Their band, Stabilo, was fairly well-known at the time, but this was a last-minute thing and it wasn't the whole band, so they used the intimate little venue as an opportunity to try out some new material.

The last song of their set was one Jesse'd written, called "If It Was Up to Me."

You wanna talk about dark, that was a dark song. It was a song about suicide. It was a song about feeling like there wasn't any meaning to any of it, and that Jesse had "only been pretending to enjoy this place." It was the first time I'd heard the song and as I sat there listening, I started to cry. 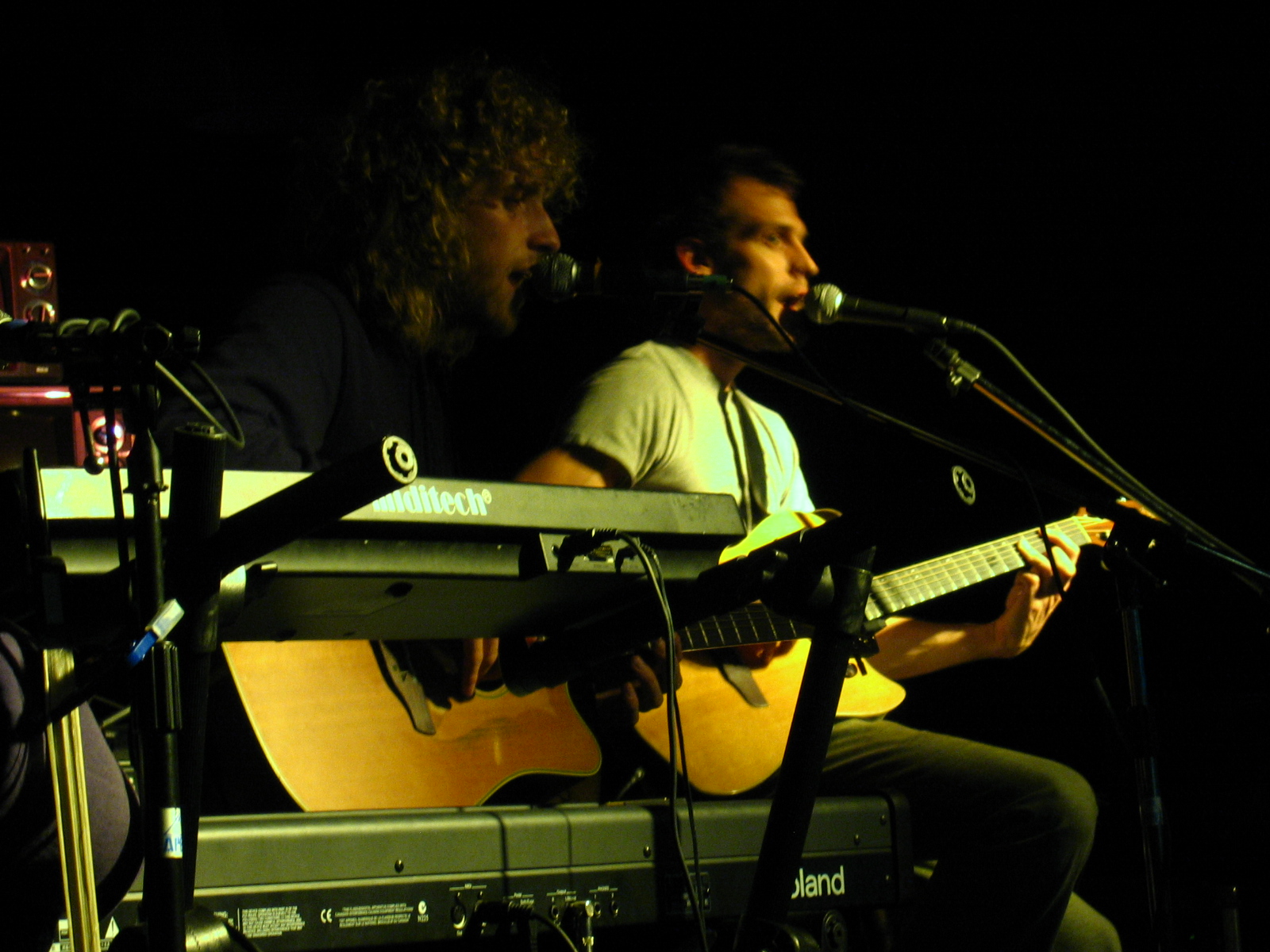 After the show, Jesse and I were sitting outside in the cold of the night, so he could have a cigarette. I told him how that song made me feel, and he said that, yeah, his label had pretty much freaked out when he'd sent them the demo. They'd called up to ask if he was okay. If they could help him get help. And cetera.

To the former, I say thank you.

To the latter, I say Bless You. Really. I know it's hard, but you have to find a way to speak it free. Hold onto it, and it will own you. Speak it, and the cage will open.

Note: Good writing isn't magic. It's hard work, and the greatest reward for that work is to share it with others. So if you enjoyed this little (ad-free) piece of my brain... please share the love on your social internets. And pick up a copy of my Short Story Collection, whilst you're at it. Hugs not Drugs, People!
Labels: art identity