The Scent of Popery Hangs Weirdly in the Breeze 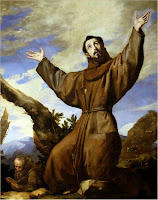 If you've got any sort of connection to the World of Christianity, it's likely your Facebook's been alive with the sound of this new Pope's voice. Ever since Pope Francis replaced Pope Benedict the Umpteenth (he of more-of-the-same, who took the almost-unprecedented step of quitting mid-popery), the Christian world -- and indeed, the world at large -- has been impressed by a dude who keeps acting and speaking suspiciously un-like a person of power and privilege, and a whole lot more like a dude who, you know, lived two thousand years ago, spoke the truth to power, and got killed for it.

It's weird because one does not generally come to a position of great power (such as the papal office) by telling the truth. One comes to power by believing that because one is somehow special, one can take up the evil Ring of Power without being affected by it, and can use that Ring only for good.

Which is, of course, silly.

I once sat in on a little gathering of churchy-people, led by the pastor of a large-ish church. He told us, in a rare moment of vulnerability, that a lot of his job consisted of not saying the truths he wanted to say because if he did, his congregation would fire him. And that, there... that is not weird. Because somewhere along the line of acquiring a significant congregation of sheep, most leaders realize that your average sheep doesn't want to hear the truth. Your average sheep wants to be mollycoddled, and anyone who wants to keep shooting up with the Drug of Broad Influence must become a mollycoddler.

This is normal. This is the Way of the World.

It is also embarrassing to people who are interested in the truth, and who are quite fond of Jesus because of what they perceive to be the truth that he taught. Yet time and time again, the mollycoddling voices of your Joel Olsteens, your Mark Driscolls, and your Name-That-Embarrassments are the only voices that people who haven't been given much reason to be fond of Jesus are hearing, because these are the chaps (yes, they're mostly chaps) who've deluded themselves into believing they can wield the evil that is the Ring of Power for good purposes.

The Ring has worked. It has given them a megaphone, and with that megaphone they have tweaked the truth of Jesus, accommodating it to the Purposes of Power.

Jesus has become just another cudgel. Another instrument of Fear.

This is embarrassing and it is also annoying, because I know for a fact that there are gajillions of Christ-loving people out there who have not answered the siren-call of Power, and who instead have chosen to live and breathe and work in the silences, sharing love, hope, grace and, yes, actual Good News with people who need it.

I am pleased, then, to see this weird new Pope saying un-politic truths, siding with the poor, holding the hand of the downtrodden, and generally breaking with all sorts of ugly popish conventions. While I will always advocate strongly against the adoration or veneration of any person, I am quite pleased to sound out a Huzzah for this weird new Pope's words and actions, which are giving voice to some actual Christian truths through a very loud megaphone.

Who knows if he'll keep it up?

How does this happen, I wonder? How do the mighty machinations of an Institution of Power like the Catholic church end up putting their loudest megaphone in the hands of a man who then turns around and points it back at them, calling them on their foolishness and anti-Christery? 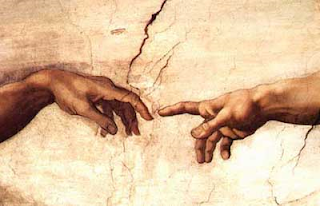 My first instinct is to call it an accident. A mistake. But perhaps there's more.

Perhaps God (whatever that means) has decided that the human race needed a little intervention. Perhaps the Embarrassment that is the North American Protestant Evangelical Hegemony called for some drastic action, and God has decided to reach out a finger and twizzle things up a bit.

But for now, I will say it again... "Huzzah!"
Labels: church faith Jesus