No, not the TV show, or the thing where the CIA "disappears you" because you keep accidentally googling "bomb-making for dummies," but the Black List they put out every year of the most-liked, as-of-yet-unproduced film scripts floating around Hollywood.

The 2013 Black List came out a few days ago, and through a fortunate series of events I happened to find a zipped-up file on a barstool that was just jam-packed with all seventy-one of this year's picks (just go with it). I've been plowing my way through them, and while I do have something to say about the scripts themselves, first I want to tell you how incredibly difficult it is to get on the Black List.

The bottom line is: you can't.

There is no way to try to get on the Black List, because all it is is a survey that gets sent to around five hundred studio-people, who then write in the names of the unproduced scripts they've liked most over the past year.

There are around fifty-thousand new spec scripts registered with the Writer's Guild every year, and only a few of those will ever get made into films. The Black List scripts are all from agented writers. Some of them have producers attached, and some have money lined up, as well - so they're already ahead of the game.

What's more, the heat generated by getting on the Black List ups a script's chances by a lot. 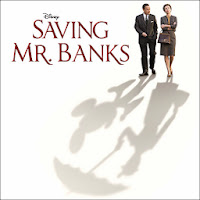 For example, one former Black List script you might have heard of is the one about the making of the Disney movie, Mary Poppins. It's called "Saving Mr. Banks," and was written as a spec script. That means no one (especially not Disney) had commissioned it to be written... which meant it was a serious long shot for actual production. But in 2011 it made it on the Black List, things heated up, and ka-pow! ...another 2013 Oscar-contender.

Anyway... that's the Black List, and those are the scripts I've been reading.

I'm ten scripts in, and all I'm gonna say about them is... they're not perfect. Not ONE of them is perfect. They all have stupid little grammatical, formatting, and spelling errors. Not only that, but so far I haven't read a single one that didn't have at least some weak dialog, and even glitches in story structure, to boot.

Now, part of that has to do with the nature of what a screenplay isn't. It isn't a document for reading - it's the blueprint for a movie. All scripts are re-written and re-written in the lead-up to filming, and they all get re-written both through the process of shooting, and in the editing room. So there's not much point in giving them the editorial thrice-over.

On the other hand, most of the very best screenwriters tend to put out nearly-flawless screenplays, and one of the greatest screenwriters of them all, Mr. Quentin of Tarantino, has said that he likes to make sure his scripts are pretty much literature before he shows them to anybody. He (and a few of the other modern master screenwriters) write scripts that are finely-tuned and a real pleasure to read, so there's definitely something to be said for being professional, even with a document that is designed to get tossed.

Still, it encourages me that the Black List scripts I've read so far aren't perfect.

Don't get me wrong... they all tell compelling stories, populated with interesting, engaging characters - something that's really, really hard to do. But the fact that they're well-loved, and likely to get sold and perhaps even made (which is the real trick, because only about twenty percent of scripts that are bought actually get made into movies) makes me happy. It gives me permission to stop micromanaging my own scripts toward an impossible perfection, and instead focus on finding other great stories to tell.

Why should you care?

Well, perhaps you're a creative person, too. And perhaps you, like me, can sometimes be crippled by the fear that the smallest little slip-up is going to land you in the circular filing cabinet. The Black List imperfections tell you to relax! have fun! take a load off and get lost, a little, in the joy of telling your own creative story, whatever that might be.

You don't have to write masterpieces like Tarantino, or Kaufman, or the Coen brothers. What matters isn't an impossible perfection. What matters is the joy of a good story. And no matter whether you're a genius, or just a regular-old chap like myself, you do have a story to tell.
Labels: art film writing