How to Plant Six Thousand Trees a Day

When I entered the world of industrial tree-planting in 1998, I fell under the dominion of a guy with the ridiculously apt name of Rod Hoel, who was known in the planting world with both affection and distaste (depending on the day and the person) as "The Tree Nazi."

My first shift with The Tree Nazi was eight days long, in a job where you burn the caloric equivalent of running a half-marathon, every single day. We planted for a minimum of eleven hours a day, through hail, snow, blistering sun, and clouds of mosquitoes and flies so thick that a hand-slap anywhere on your body made The Brave Little Tailor look like an amateur.

Those of us who loved Rod (and I counted myself among them) knew that he put us through this hell because he believed it was the Right Thing to Do, especially for rookies like myself. More planting time gave me more of an opportunity to learn the difficult skill of planting seedlings fast and well, he reasoned, and made up for the vagaries of a piecework job where anything from axle-deep mud to delayed tree shipments could at anytime bring the work -- and income-generation -- to a grinding stop.

Related to this concept was the theory of Big Bag-ups. A "bag-up" is the treeplanter's name for each tree-refill of the canvas bags you wore on your hips, and "bagging up" was the time it took to go back to your tree-cache, fill your bags, and start over. That filling cost you time, and in piecework, time almost literally is money. So Rod believed, and taught my foreman and myself to believe, that the way to make more money was to take more trees at a time so that you'd spend more time planting, and less time bagging up.

In 1998, I weighed in at about a hundred and twenty pounds. 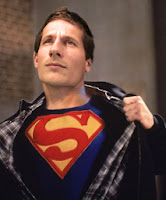 I know, I know. Hard to believe that the hulking, 146-pound mass of man-meat you see before you today was once a scrawny little nothing like that, but it's true. Yet there I was, bagging up sometimes half my body-weight and staggering out onto the cut-block for as long as two hours at a time.

I did this for most of my tree-planting career and smiled patronizingly at anyone who argued that it was crazy, because to some extent, it actually did work. We pounded through our labor-laws-be-danged hours and shifts, carried big bag-ups, and made more money, on average, than a lot of the other crews in our four-hundred-plus-planter company.

But here's the thing... in time, I came to understand that it wasn't the Tree Nazi's philosophies about shift-length and bag-up size that were turning us into better tree planters, it was the general work-ethic that he inculcated in us as a group. With his (admittedly) psychotic ideas came the belief that an honest day's manual labor was a good thing, and a gift. He was right about that, and it turned me into a tree-planting MACHINE (how many of the rest of y'all ever planted over 500 trees in under an hour?)... but he was also very, very wrong to think it was a good idea to end a ten-day work week on a sixteen-hour shift (yes, that really did happen).

What convinced me of this?  Well, I started to meet planters who, in addition to loving and appreciating the value of hard work, also understood that the human body and mind can operate at maximum capacity for only a limited time before needing a period of rest and restoration. The optimal schedule for the grueling work of tree-planting, they'd discovered, was four or five days of seven or eight hour shifts, with one or two days off in between.

Formerly, I would have laughed at them.

But one of these guys -- a fellow named Matt with whom I'd once taken an acting class -- worked that way, and one summer planted an average of over six thousand trees a day, and in seventy days of work spread over three months ended up earning over forty thousand dollars.

Granted, this was an achievement of Olympic proportions, and it is quite possible that no one before or since has matched it. It also severely damaged the cartilage in his knees, and drove him to quit planting once and for all. But still... I was convinced. 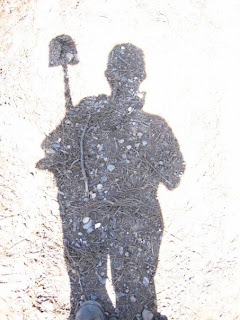 By then, I was running crews of my own, and each summer was doing my best to trim down the length of our work days and weeks -- lobbying with whomever was in charge for less and less time spent on the cut-block. And it worked. My last year of full-time planting, my crew had the highest production levels of the entire company. And WAY more fun.

Why am I telling you this story?

Because (as you know if you regularly visit, here) I've been working for over a year at being a full-time writer, and it has been difficult to keep from re-visiting the ten-days-a-week, sixty-pound bag-up mentality of my early planting years.

Writing hard for four hours is good, I tend to think... so writing hard for eight hours must be better. Right? Well... no. Wrong. My brain, for whatever reason, can only handle a maximum of about five hours of focused, creative writing on any given day. I want to blitz through twelve hours straight of writing, but that just makes for a lot more work at the editing stage -- at which point big problems become much harder to fix.

Writing creatively is difficult. It is a constant, unending stream of decisions. It burns a lot of calories, and winds my mental clock down faster than almost anything else. So I've learned to let go. To bag-up small, and work in quick, focused bursts. To run sprints, instead of marathons.

Without a solid work ethic, this would probably be just another of the many excuses I would use to be lazy. But if you, too, struggle with feeling like no matter how much you do, it's never enough... just remember those six thousand trees a day. Listen to your heart (and spleen, and liver, and knee-cartilage) and believe me when I say that a little writing time spent with joy is infinitely better for everyone than a whole lot of time spent dragging your feet, stumbling over logs, and falling on your face in a patch of stinging nettles.

*Note: I put a lot of time into giving you this ad-free reading experience. If this post means something to you, you are more than welcome to pay me back by linking the bejeebers out of it on your social medias. And/or better yet, you could go pick up a copy of my book, "IMMORTALITY (and other short stories)." Dankegratzithanks.
Labels: art work writing