The Jewelry of Power 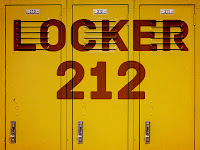 On Tuesday of this week I met over lunch with Matt Nunn. The purpose of the meeting was to go over some final notes for the short film I'd written and he'd directed (LOCKER 212) about bullying and violence in schools and, hopefully, to get ourselves within firing distance of a locked picture. I wrote about that meeting in my post "pride and fear and film," but what I didn't mention was what Matt asked me as we were getting up from our table in the cafe where we'd met.

He asked, "Do you ever wonder if we're doing something bad, here... if we're just using the whole school violence thing to benefit ourselves and our careers?" We stopped. Matt smiled that little perpetual half-smirk of his and I waited, a moment, before answering -- because big questions deserve time.

We left the cafe and walked out to the parking lot.

See, I think that Art is inherently powerful, which means that it is dangerous. Power is always dangerous, not just to the victims of its abuse, but to the abusers as well. Power has a tendency to engage those twin ugly human urges of Pride and Fear, first by swelling our heads with a sense of our own importance, and second by making us terrified that someone will see through the charade, and take away what we've so desperately grubbed from the night-soil of our psyches: the ugly little lie that we're somehow above the selfishness that exists down in the seat of our characters, right there where you'll find all that is good and pure and lovely about ourselves, too. 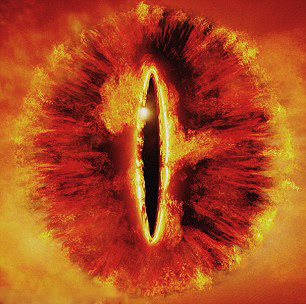 To use an oft-repeated Lord of the Rings metaphor, it's like the Ring of Power.

Everybody wants to believe you can pick up the Ring of Power and use it for good: to hold back the forces of Mordor, say, or topple a foreign dictator (or make a short film to end all bullying and violence in schools). The Ring is golden. The Ring is beautiful.

The wisest, though, understand that the Ring will eventually twist their best intentions toward the only thing that sort of Power is really and truly good at -- destruction.

There are times, perhaps, when the humblest feel compelled to take up such Power a little while. But they must always do it reluctantly, knowing that to use it is a great peril, and the the end goal must always be to turn it back in on itself -- to destroy it.

Here is perhaps where the analogy, like all analogies, breaks down. Because Art at its best is not about destruction, it is about creation. It is not about ugliness, but beauty. Even when it portrays ugliness, it is to point toward the beauty that it is not. And beauty, as we know, will save the world.

Yet art is made by humans, and humans lust for power. To forget that is to forget your humanity.

So yes, I think about the fact that if LOCKER 212 does as well as I think it could, it could propel me into the sort of opportunities I want to have as a screenwriter. I think about that, and I wonder about my own motivations. Wonder if perhaps I have used this horrible part of our reality -- this ugliness of bullying and violence in schools -- as a tool to further a little ugliness of my own.

I think about that, yes... but not for long. Because that, too, is a sort of destruction... an endless, mind-sucking whirlpool that will keep me from the only thing I've ever known to be a worthy antidote: making, making, and more making... which is Love.

So as soon as this film is done, it's on to the next one. Forgetting what lies behind, I strain forward to take hold of the beauty for which I was made, and toward which I am making -- despite my fear and pride -- a little at a time.
Labels: art film LOCKER212 war writing