I'm such a spastic poster that I doubt anybody'd notice, but I'm most likely gonna be off the bloggin' grid for a week, from July 28th to August 4th. During that time I'll be in Santa Fe attending a seminar on Existentialism in Film at the Glen West Workshop, courtesy of some spectacular friend/patrons who for some reason believe in me as an artist/writer/and cetera.

In the meantime... um... stare at this picture of the inside of an abandoned building I recently trespassed in at the Andrew Jackson Boarding School for Truant Boys.

And try not to get caught -- it's not as fun as you might think. 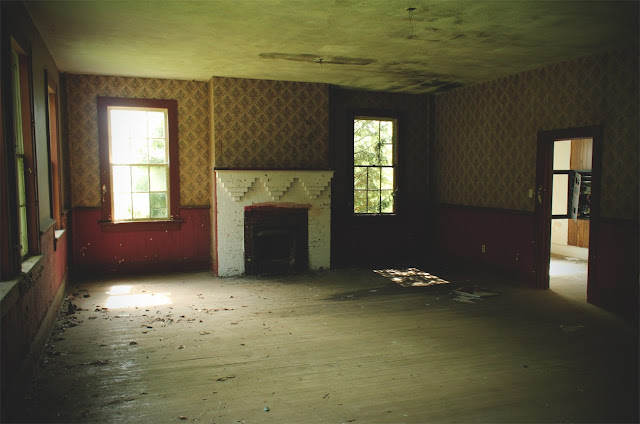