It sure is nice to be right all the time. 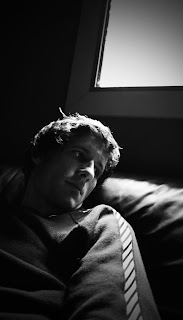 Sometimes on the internets I hear these crazy stories about conservative, Right-wing nut-jobs who do things like propose Bills to establish a state religion in North Carolina, or fight to maintain segregated, "separate-but-equal" proms for whites and not-whites in Montgomery County, Georgia, and I think, "Dang, I sure am glad I'm not like those stupid-heads."

And sometimes, I hear these crazy stories about how some parents in an Ohio town are in danger of having their six-year-old daughter taken away from them by the pinko-commie, Left-wing liberal nut jobs in Child Protection Services because they let her walk a few blocks to the post office on her own, and I think, "Dang, I sure am glad I'm not like those stupid-heads."

But then I sometimes read stories like the one about the guy who was terrified to come out as gay to his professors at Jerry Falwell's University (because, as we all know, those people are just a bunch of gay-hating homophobes), but found only genuine, loving warmth and support when he did so. Although his professors most likely maintained their position on "the gay thing," they treated him with kindness and love -- to the point where he remarked, "I'd been warned my whole life about homophobia, but no one ever said anything about homophobiaphobia."

I find nuanced stories like that and I just don't know what to do with myself, because there's no one in them for me to look down on. Just people who struggle to know what's right, and yet still somehow find compassion in the midst of disagreement.

It's at times like that that I'm grateful the internet is not, on average, a nuanced place -- a place for stories without villains, only people who do both stupid things and wonderful things, kind things and cruel.

If the world were like that -- if there were no white or black hats, only giggling, mischievous haberdashers who like to mix it up for fun -- then whatever would I do to feel better about myself? Who would I look down on?

No, I like things better the way they are. I like being right all the time.
Labels: politics relationships