Is the Christian God a Psychopath?

Growing up Protestant-Christian, I was taught that one of the most important verses in the Bible was II Timothy 3:16, which says that "All scripture is God-breathed and is useful for teaching, rebuking, correcting, and training in righteousness."

Furthermore, I was taught that the most important part of that verse was the bit about all scripture being God-breathed, and that it meant that God sorta-kinda-basically dictated the words of the Bible to the various robot-writing-people who put them down on parchment (or vellum, or whatever).

I was taught that if you questioned even the translation of one jot or tittle, you were in danger of the fires of hell.

I was also taught that when Paul (who was revered as almost a Jesus 2.0) wrote his letter to young Timmy, he intended for this lofty pedigree to be applied to the very words he was writing at the time, and all the other letters he was to write after... Not to mention anything else that managed to get past the Gathering of Old Dudes who years later would decide what letters and whatnot deserved a place in ye olde New International Version.

To beef up this claim, these Old Dead Dudes pointed to Jesus' statement in Matthew 5:17 that he hadn't come to abolish the Law or the Prophets, but to fulfill them (ignoring, of course, the logically-consistent possibility that Jesus had come to abolish the non-law-or-prophets books of the "Old Testament" -- like, say, the sex-poems, the song lyrics, or the story about Davey the Giant-Killer).

Which leads, I think, to the question at the crux (no pun intended) of the issue:

Is the Christian God a psychopath?

This is not as easy a question as you may think. It is, in fact, one of the Biggest Questions that anybody who's gonna claim to believe in the Christian understanding of God is going to have to deal with.

The reason this is such a big question is that there are a lot of places in the Bible where God does things that seem, well, mean. And if, as I was taught, the Bible's pretty much dictated by God and confirmed not only by Jesus but also by second-Jesus (Paul), then at some point you're going to have to deal with the fact that the God of the Bible engages in behavior that most of us would see as incredibly not-cool, if we were to observe it in any other context.

If someone told me to go do something like smash some babies' heads against the rocks to make him happy, for example, I'd probably think he was a psychopath. But time and time again, the Bible depicts God as doing just that sort of nonsense.

There are a number of ways that people reconcile the problem of a psychopathic God with their allegiance to the Bible and Christianity.

The first and by far most common way is to ignore the problem. Most people aren't psychopaths and don't want to condone psychopathic behavior. But they also want to maintain what they have been told is a key Stance-They-Must-Take if they want to be part of the Jesus Club: The Inerrancy of Scripture (which is taken by the hoi-polloi to mean that they must unquestioningly accept as Literal Truth whatever it is in the Bible that their pastor tells them was intended to be read Literally).

They therefore resolve the problem of a psychopathic God by not thinking about it, directly -- rather, they let their pastor think about it for them.

There are very few pastors who are willing to completely ignore or discount the wide swaths of scripture that seem (to our pathetic, misguided, sin-drenched, et cetera human eyes) to be depicting a God who is kind of a psychopathic jerk. So the average parishioner nods his or her head, accepts the pastor's statement that God Hates Gayness (or whatever other bit of Reality God has created/allowed to exist), and tries to think about pleasanter things.

This is by far the most popular way to deal with the problem of a psychopathic God. Because while most have bought into the narrative that their pastor (a.k.a. mini-pope) is showing them what they have to do to get into heaven, most are too compassionate and sensible to drink the whole glass of Kool-aid. They're willing to be thrilled when they read about how great it was that the Israelites were able to settle in the land of Canaan and stop eating manna every day, but they'll do so by completely ignoring the fact that the Israelites were able to eat the produce of the land because they'd killed all the Canaanites who'd raised it -- apparently at God's say-so.

If you bugged them about it, they'd probably change the topic. Or punch you. Or quote something by someone that explained this killing-for-land away, and then forget about it as quickly as possible.

I have a problem with this approach.

I think it's gutless. I think it's lazy. And I think it leaves the door far too open to the sort of silent acquiescence that makes it possible for powerful people to run rough-shod over less-powerful people's lives. I think this approach is one reason why history is rife with instances of the ostensibly "Christian" Church being on the wrong side of the Truth -- standing with Power and Privilege against the Poor, the Weak, the marginalized, and Jesus.

Another, less-gutless-but-far-more-cruel approach is to try to reconcile the psychopathic God-behavior depicted in the Bible with the loving side -- to make the argument that there are instances where smashing a baby's head against a rock is a loving thing to do.

This sort of argument -- perhaps most notably systematized by the more "Reformed" (hardline Calvinist) denominations -- says that all babies (by dint of having been born as totally depraved worm-monsters) deserve to have their heads smashed and to be tortured for all eternity, but that God is so loving that He (yep, God's a man... apparently) only does that to some of them.

I'm grossly over-simplifying this, but I don't care.

When this sort of thing gets pounded into your skull and you're forced, as a young Christian, to choose between your conscience and what you are told is God's Plan for the Universe... well, it's worth calling a spade a spade. As you may have guessed, I'm none too fond of this approach, either. I think it's, ummm, a little psychopathic.

And yet, as annoyed as I am by the two most common approaches to one of Life's Big Questions (to ignore it, or to convince myself that it's not really a question), I nonetheless do not wish to ditch the Christian faith. I'm too attached, you see, to the Christ it's supposed to be all about. Jesus is way cool. Jesus is the reason for the season. And cetera.

If you didn't grow up in that, you have no idea what a massive can of worms this really is.

When you are emotionally conditioned to think of the Bible as a monolithic block of text, and to believe that the frame of reference you've been handed is the only way to avoid being tortured by God forever in Hell, well, things be gettin' real, know what I'm sayin'?

But I'm trying to follow Jesus' example, here, and Jesus was (in the words of my planting buddy Jonathan) "The Great Poo-Disturber." So I'm going to go ahead and listen to my conscience, and read the Bible in the way that seems most honest to me as a writer and artist. 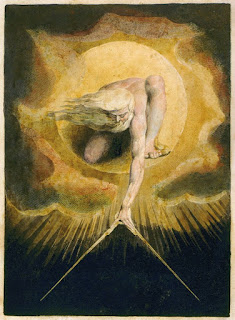 I'm going to read it as a narrative cobbled-together by a whole bunch of people who were trying their best to explore on paper how God was interacting with them, their community, and the world.

I'm going to read it as a Work of Art, and as such NOT a book to be picked into tiny bits, lit on fire, and hurled at anybody who disagrees with me.

I'm going to read it as an exploration of Truth, in which the pieces don't matter as much as the overall thrust.

I'm going to read it as inspired by God in the way I understand all inspiration -- a beautiful, mysterious force that somehow manages to transcend in small ways here and there the abilities and intentions of the artisans who crafted it.

Most importantly, I am going to read it as a book that reveals a God of Love. Period. And anything that doesn't fit with that, I'm going to chalk down to a failure of interpretation, creation, or both. God isn't a psychopath. God is Love.

The Old Dudes with Power will have a problem with this. They will call me a heretic and a wishy-washy, po-mo numbskull. They will deny me membership in The Club for rejecting the conclusions of their dead, all-male forbears. They will lift their noses and turn their heads from a guy who, for some reason, isn't willing to let them dictate his life. To which I say, "Let the dead bury their own dead." I'm gonna live.

I'm done with allowing the Pretension of Knowledge to make me an unwitting or unwilling servant of ugliness.

I'm done with the psychopaths.

*Note: I put a lot of time into giving you this ad-free reading experience. If this post means something to you, you are more than welcome to pay me back by linking the bejeebers out of it on your social medias. And/or better yet, you could check out MY BOOKS ON AMAZON. Thanks!
Labels: art faith Jesus religion