About a month ago I grandly announced on Facebook that I'd be starting a side project - a novel set in the world of tree-planting. My intention, I think, was to have something with which I could escape from the daily grind of writing and endlessly re-writing film scripts.

Pretty sure it's not gonna happen.

First, because I've still not given up on the idea of a tree-planting film script, and second (and perhaps more importantly) because I've got a sneaking suspicion that writing a novel won't be much of a break from writing a movie.

Ergo, I have decided to break out the brushes and get back to painting.

The first thing I'm going to be painting is a fairy. A bare-nekked fairy, to be exact. Why a fairy? Why nekked?

I'll guess I'll just have to paint and see. 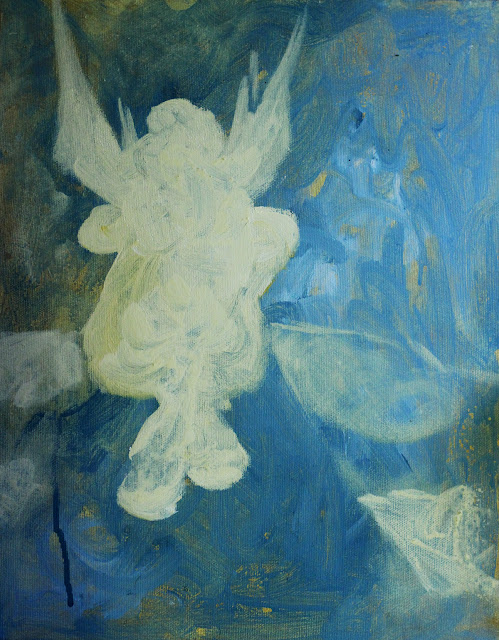