in defense of anarcho-syndicalist communes* 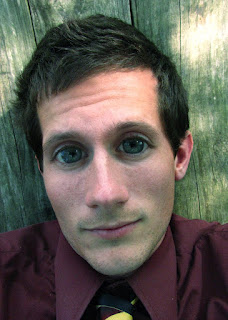 This morning, a former student of mine wrote me a Facebook message asking me to stop being so mamby-pamby on this blog and just get explicit about what I really think we oughtta be doing with our country, systematically-speaking.

What are you for, he asked?  Socialism? Democracy? Communism? Benevolent Dictatorship? Anarchy?

Since my favorite thing is to be put on the spot and asked to get all specific, I decided to ramble on for a while and hope he'd forget the question.

This is what I said:

Those are small words for large systems, and I really HATE simplifying things down, if I can help it. You might or might not recall me going on and on about how drawing is really about seeing - about slowing down long enough to really see the vast complexity of things.

Nonetheless, I'll give it a shot.

Basically, I think it's in human nature to allow ourselves to be driven by fear into attempting to gain power and control over the people around us. In some sense, it's a good thing for us to take control of that which we can and should take control - the aspects of our own lives and actions where we ought to be exercising our willpower.

But attempting to take control of others... treating other people like objects to be manipulated to our whims... that there is very bad mojo.

Still, whatever small word/big system you adopt, there will always be people who are good at manipulating it to try to control others for their own gain.

Some kind of accountability and empowerment of the masses is a superb check against that human proclivity and is quite helpful, so I tend to think that democracy is generally a good idea. The problem is that people are manipulable, so true democracy is difficult. Furthermore, the masses are also capable of real corporate rottenness - look at some of the stupid things we Americans have voted into reality. Some of that's because we didn't know what was going on, but some of it is because we did know but didn't care, or didn't want to think about it.

I think that the right place to be is not allied with a small word/big system, but rather fighting for justice and love within whichever system you happen to find yourself. Democracy is awesome because it empowers more people to fight more effectively for change.

What sort of changes would I like to see?

Well, I think we shouldn't put productivity and wealth ahead of people and ecological health.

I think there should not be any poor people.

I think there should ESPECIALLY not be any poor people when there are wealthy people.

I don't think forcing wealthy people to see this truth and react accordingly will work, because that is, once again, using force to try to control other people. Still, in an ideal world (which isn't likely, I know), we would automatically re-distribute our own wealth, and re-calibrate whatever system we'd invented until it wasn't stacked against anybody, and didn't screw up our own environment.

Our defense budget, for example (so near and dear to the hearts of the anti-socialists), is socialism in action - it represents over 60% of the budget, and all that money is re-distributed wealth, taken from taxes.  Or imagine a world without public schools, the department of transportation, a legal system, etc.

We live in an uneasy balance of socialism and capitalism, of free agency modified by the needs of community.

The people who yell "Socialist!" are ignoring that because it's a talking point that'll get them re-elected. The funny thing is, they don't really want smaller government. Romney, for example, wants to expand defense spending... even though we're getting OUT of two wars over the next several years. This makes no sense... unless you plug the human element back into the equation - that people want power over other people, and will do WHATEVER they have to to get it.

Hope that answers your question, a bit.

You'd think of course, that a ramble that long would have done it.  But NO... this young man was nothing if not persistent.

He said he agreed with most of what I said, but shot right back with some good thoughts of his own, weighing in on how unfair it would be if we were to reward laziness as well as we do hard work.

I bit my fingernails and tried another long ramble to put him off:


In my ideal world, everyone would be doing good work that fulfilled them as humans. They would love what they did, so it wouldn't be about money. It would be about contributing.

I hear ya on the "when everyone's rich, no one's rich thing," but I don't see that as a problem. Wealth is about having more than your basic necessities for survival, and I'm absolutely okay with everybody having that.

Besides - I think wanting to be rich is about pride, and feeling better about yourself just because you have more than somebody else. Which is, I think, an ugly, stupid thing.

Furthermore, given that we live in a rigged system, where some people who are immensely talented and hard-working just can't get ahead, then I don't see wealth as being anything to be particularly proud of. Be proud that you worked honorably and well, sure... but not that you got rich because of it.

I grew up in the third world, where I was friends with kids who no matter how smart they were or how hard they worked, would ALWAYS have less opportunities than I. To get to a level playing field, they would have to work a hundred times harder than I. That, my friend, is unfair. The same thing currently exists even within America, where there IS a class system, defined largely by the education and economic status of your parents.

I'm not too concerned with fair, because fair isn't happening and doesn't happen, and I don't begin to know how to make it happen.

I'm concerned with grace, and with what is right. I'm concerned with an upside-down kingdom, in which we all learn to be grateful for everything we have that we haven't earned, and freely give of those gifts to others.

Do I deserve to be wealthy - to be healthy and live with access to good health care? Do I deserve to live in a country where the legislative and judicial branches of government aren't overly corrupt? And if you answer yes, then tell me what, exactly, I did to deserve these things that my childhood friends did not do?

Answer: NOTHING. So it is just as unjust that I have these things as it would be for someone to take them by force and give them to someone else.

The wealth that you and I have is available to us because a lot of people have fought hard (and continue to fight) for fair wages for workers. We also drive on roads we did not pave, in an economy that we do not regulate, eating food whose safety we did not ensure. All these things cost money.

It's a broken, inefficient system, yes. But we do not, as individuals, live outside of it. We are dependent on it, and responsible for it.

I feel like you should be rewarded for your efforts, but that you should also acknowledge that it is a PRIVILEGE to live in a place like this. I also feel like you haven't got the facts backing you up, if you decide to get proud about it. I also think that your life will be fuller and you'll be much, much richer if you stop thinking about your money and your stuff and start holding all of that loosely. I think you'll find your stress level decreasing, and the depth of your relationships growing.

Even if I had a big enough gun and could force you to do it, though, I wouldn't.

Because I believe in the upside-down kingdom, where you're allowed to muck about as much as you want.

I certainly take advantage of that often enough.


That, I think, might have done it. Never ask a writer his honest opinion.

*The title of this post is a reference to the ideal economical system I'd like to see enacted in this world. A succinct description of this economic system is provided by THIS YOUTUBE CLIP.