I think I can 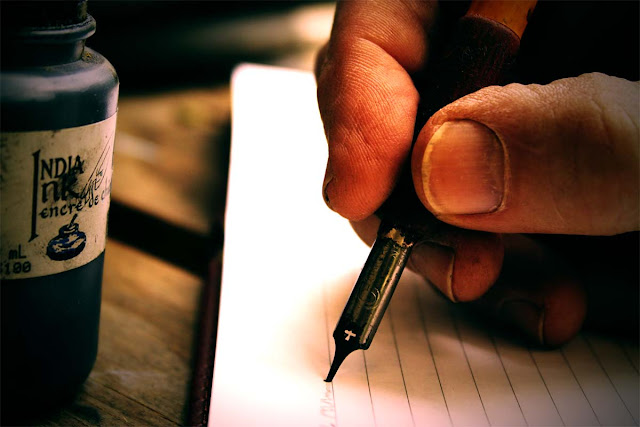 I read somewhere where some famous writer said something like, "nobody likes writing... what they like, is having had written."

At least, I think that's what he said. I wasn't paying much attention. I have a really, really hard time with that -- which is why writing is so hard for me, and why I have to re-write about six hundred times before I get anywhere near the sort of clarity I'd like.

That's what I want, you know: clarity. Clarity, in one shining, perfect, true and beautiful moment.

I've been working on the same screenplay for maybe six months now, and I've probably significantly re-written it about six or seven times since the first draft - not to mention the multiple, multiple edits.

I change one little detail, and there's a ripple effect out throughout the thing, because if Jim-Bo's hair is now flaxen and shining in the sun, then later on it can't very well blend into the blackness of night, now can it? So I go and re-write the other parts to make his black hair all golden and pretty. I send it off to a friend for his opinion on the drastic reversal of hair-pigmentation, only to realize after I've sent it that I've spelled it FLUXEN.

All that to say... I'm starting to believe I may be very, very close to having had written. The structure's coming together, and there can't be more than nine or ten hundred stupid mistakes left to root out.

So hoo-rah, today, for writers everywhere with the attention-spans of chickens!

We shall overcome, right?