a loss of momentum

For the record, I haven't abandoned you. I love you as much as anybody ever loved the disembodied, depersonalized mass of their (piddling) internet audience. It's just that I've decided to really blitz this screenplay I'm now working on, for to finish the first draft by the end of next week.

This is a bit of a cop-out, yes, since there are always more minutes in the day than anyone who isn't being subject to torture acknowledges. It's not like I'm actually spending every waking moment writing a screenplay... it's just that the time I do spend drains me a bit, creatively, to the point where I don't want to sit down afterwards and bloggerize.

Let's do this thing. But while we're doing it, I'll throw you a bit of a bone that's been well-received by the Facebook:

I started doodling yesterday, and my four-year-old son told me what to draw: "A scary Santa... make him with three legs... now draw me, with a shotgun to shoot him with... then draw a komodo dragon, because he's my pet." 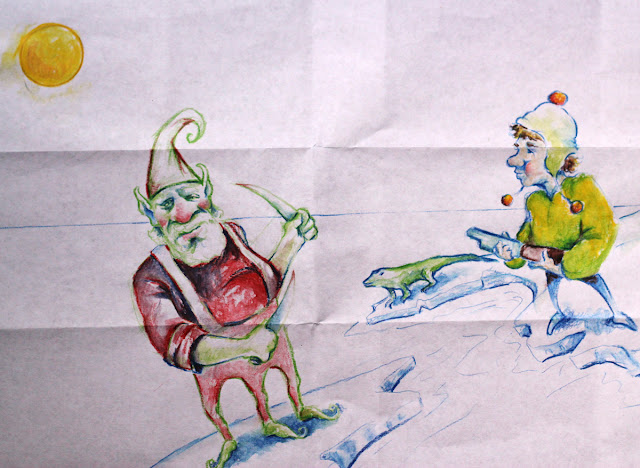