Until love do us part? 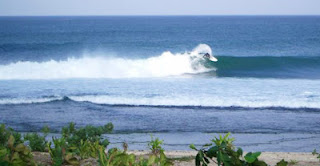 You'd never know from looking at him that he had been a priest.

Maybe it was the soporific slant of his eyes, the white-boy fro, or the slow, measured pace of his speech - not a drawl, exactly, but a way with words that bespoke a man comfortable with a life outside the frenetic pace of modern life. A life of waves - of the surf he liked to ride.

But he was a priest, once, and had spent years in the hot, distant folds of Africa, bringing the liturgy of the Anglican Church in his own, surf-tinged way... a way I'd wager was anything but typical of the high church of which he was a part. Perhaps that's why - after years of doing things his own way (of, for example, distributing speakers throughout the church, and then bringing in a DJ to spin trance music for guided meditation) - that Mepos Langostina* was no longer a priest.

When I met him in the year two thousand, Mepos was management at the tree planting company where I was doing summer work. I was a grunt-laborer and something of a recluse, so he and I didn't talk much. I did eventually learn, however, that he was the owner of an old barn on the ocean, in the arts community of Seaforth, Nova Scotia. I learned there were depths to him that his half-asleep surfer drawl belied, and that he had a lot of good things to say. He was, in fact, something of a hobbyist in the fields of theology and philosophy, just like me. 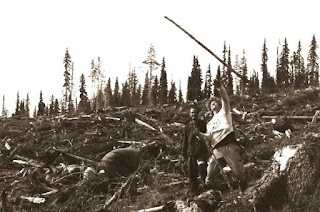 I moved on from that planting company; but every year, for the past ten years, I have thought wistfully of traveling to Nova Scotia to sit with Mepos on the driftwood beaches of his home Province, watching the waves and shooting the philosophic breeze.

The last time I called Mepos, we talked a lot about women (who are, of course, the instigative premise of all philosophical discourse), and about his semi-recent nuptuals. After perhaps six years of dating, Mepos and his Love had climbed a bluff in Ireland overlooking a crescent of shining beach below, and had read their vows under the watchful eyes of God, a nearby shepherdess, and her flock. Then, they had returned to Canada to re-enact the scene in front of clumpings of their friends and family.

Mepos has always been a bit of an odd, free-spirited sort, so the un-orthodoxy of their wedding wasn't particularly troubling. What bothered a good number of their eventual witnesses, however, was the fact that they'd included in their vows the statement that although they could not presently conceive of a situation in which love might lead them to part, they wished to remain open to the possibility that if love did demand that their marriage end, they would follow love's demand.

When he told me this, I instinctively sided with Mepos' concerned family and friends. It sounded to me like he was setting himself up to fail - allowing himself a loophole that would facilitate quitting in moments when his marriage might come to seem an insurmountable, unending struggle. I had just suffered the ending of my own marriage. How much quicker and easier, I asked him, would my marriage have evaporated, had I started it with a loophole?

There is, of course, no good answer to this question. A divorce is a death, and there are no pat answers to the tragedy that is death.

Will Mepos' marriage end because of his vow? Will he or his wife someday use it as an excuse? I do not know. I cannot know. But as time has passed, I have begun to come around to his point of view - to believe that Love must be the first and final word. As I have trudged painfully through the rubble of my own crumbled marriage, I've had to allow for the possibility that it may actually have been the more loving thing for my marriage to end.

I don't really believe that. I believe, rather, that there is enough love and grace in the world to make beauty from any ashes. But still... I don't know. In an ideal world, all wounds (if they happened) would heal quickly and easily. But this is not an ideal world. This is real.

Last month, I watched a film called Away From Her; a film that changed my mind even further on this question, by telling a story in which love did demand that a marriage end before death. In it, a man discovers that his wife of many, many years has contracted Alzheimer's, and that he will not be able to care for her... to protect her from the threat she has become to herself. Together, they are forced to make the loving decision to place her in an extended care facility, essentially ending their long marriage.

I do not think Mepos and his wife were thinking of anything quite so specific as Alzheimer's when they wrote their vows. Rather, I believe they were striving for a radical humility - an approach that chooses to put love above everything else... even their own hopes, dreams, and preconceptions. This, I think, is the path of True Love. It is the path of Grace.

As I have been embarking, over the past few weeks, on a journey of relational discovery with a truly fantastic woman; it is not her fantasticness that has given me hope, nor even the way in which our mutual fantasticness seems, at the outset, to mesh so well. Rather, it is the sort of Love-Above-All-Else approach evidenced by Mepos' vows.

In so many ways, this woman and I are just a big mess. We are not enough. We will never be enough.

Maybe Love will bind our messes together for a while longer, maybe not. I don't know. But I do believe this: love is enough. Love is always, always enough.

*Not his real name. In fact, uber-bonus-points to anyone who can tell me where I got the name "Mepos" (Massive hint: it's a mis-spelling of the imaginary hometown of a silly character on a long-forgotten television show).