Question of the Day, revisited 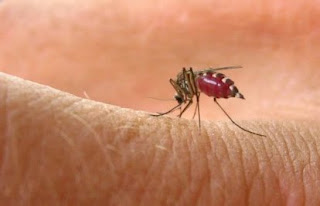 How many of you would curb-stomp a puppy?

I asked that question of some of my former students a few weeks ago, and - surprise, surprise - not one of them answered in the affirmative. A few of them, however, would swerve their car to try and hit a squirrel... and possibly a cat.

I moved my hand to cover my mouth in horror, but side-tracked to slap a mosquito. Isn't that horrible? Kids these days, killing things for no reason and... oh, what's that?

Oh, right... the mosquito. Well, that's different, of course. The mosquito started it and, as everyone knows, if somebody or something annoys you in any way, you then have every right to do whatever you want in return (But only if you're an American. And white. Yay, ME!).

Still, it reminds me of a Question of the Day I wrote about three years ago. I had asked one of my classes, "For an all-expense paid, one-week vacation anywhere in the world, would you be willing to kill a beautiful, rare butterfly by pulling off its wings? What about stepping on a cockroach?"

Their response, as I reported at the time, was this: 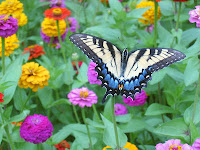 "...they said an enthusiastic "YES!" to the ripping of the butterfly. I was a little bit surprised (but not, sadly, much), so I gradually upped the ante from the butterfly to tearing the legs off a frog to popping the head off a canary to breaking the neck of a bunny rabbit to stomping on a kitten to gutting a puppy. Believe it or not, a lot of kids would break the neck of a bunny rabbit, and a few would stomp a kitten, but not one would gut a puppy."

The reason I bring this up is that, as I was killing mosquitoes again this morning, I was reminded of how inconsistent I am in the application of my principles. It also brought me back to a post I just read by Richard Beck over at Experimental Theology, in which he talks about how most of the evil and violence in the world gets perpetrated by people just like you and me, who've come to believe that, well, they started it.

Beck argues that a Christian response to violence and evil is to stop it. With forgiveness.

This sounds nice, in theory, but I think the example of the mosquitoes (and the kittens, squirrels, butterflies, canaries and bunny rabbits) ought to be enough to show that I'll only ever choose that path if it's convenient, and I'm not too annoyed at the time.