All Hail the Bible! Down With Garriage! 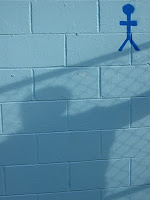 So... apparently there's an election-thingy coming up here in North Carolina, with this really controversial bit called "The Defense of Marriage Act" that seeks to make garriage (that's a word I just coined for gay marriage) not only illegal - which it already is in this state - but also un-constitutional.

Local evangelicals are coming out in force, and even the venerable (read: seriously old) Reverend Billy Graham is urging people to go out and vote for the thing, on account of he wants them to defend a "Biblical View of Marriage." This is strange, because his Billyness doesn't usually get involved in politics. Neither do I.

Nonetheless, given that rant I wrote back in January about gay rights; and given a presumptuous desire to promote my own interpretation of "Biblical Marriage," I'm gonna speak my piece:

While Jesus did not say anything directly about homosexuals getting married (or homosexuality, for that matter), he did say something directly about divorce. In Matthew 19, Jesus said divorce was a no-no, and although it may be argued that he was using this as a rhetorical device to show how flawed our human relationships all are (although I, being super-spiritual, tend towards a more literal reading of the passage), if we're going to read the Bible as providing direct guidelines for the American legislative process, then it seems clear to me that we need to be taking this fight in a different direction. It's divorce that ought to be illegal and unconstitutional.

I propose, therefore, that we pass a law in North Carolina defining marriage as an indissoluble contract. It could say something like, "When you folks done get hitched, it's gone be til death do y'all part."

Jesus also said that people who divorce commit adultery; and since the Bible elsewhere calls for us to stone people who commit adultery, I propose that as punishment, all currently-divorced people be forced to smoke marijuana, yea verily until they are dead ('cause that stuff's lethal, don'tcha know!).

If we're going to construct a Biblical nation here, my friends, we might as well start being logically consistent about it.
Labels: gay rights humor