"you can love yourself"

I've been a father long enough now to have had a few of those moments of depressing clarity in which I can't help seeing that my son is, in many unflattering ways, an echo of myself. He does these weaselly little-boy things and think, "Crapsauce America! - I've gone and copied off my worst faults onto my child!"

This may be especially poignant for me because of the strong physical resemblance my son bears to my earlier self... in the picture above, my son is the kid with the clothespins on his shirt, and I'm the ghostly child on the right. I made this self-portrait last week as part of the 31 Nights project I'm doing with my photography class, hoping to explore the odd sensation I've just described - the feeling of impotence at realizing you've infected your child with the worst aspects of your personality.

I can remember being his age. I can remember the newness of it all; the intensity of every emotional experience; the wonders of discovery; and above all the sensation of being a very, very small fish in an inconceivably large pond. I can remember my own budding guilt and fear.

If you've been following this blog as (sac)religiously as you (of course) should have been, you may have picked up on a not-so-subtle thematic strain of relational ennui - which is to say, I've been a bit bummed about a girl.

So last night, I sat in my car with my sometime-guru Jonathan the Painter, and he helped me tease out the way in which these two things - being bummed about a girl, and the negative repetitions of my progeny - were related.

I had gotten myself quite caught up in this woman, and then wrapped up, and then unhealthily obsessive to the point where I over-expressed my affection in a succession of those over-long emails on which you absolutely should never push "send" until you've had the chance to print them off and then re-read them, for a week, by an idyllic mountain stream. In the car last night I was doing a little bit of face-palming over the fact that I had hit "send" sans-streamvisit, with the inevitable end result of pushing her away.

I won't go into the specifics of why I did this (although, if you have a detectivatorial bent, you could probably figure it out from the angsty poems I've been posting), but Jonathan suggested I ought to give myself a break for my bad behavior. The desire for companionship with a woman is a good thing, he said, but the fact that I have been sending these emails even when I knew it would most likely end up the way it did, suggests that there is perhaps some other need I'm trying to get filled - a need a woman will not be able to meet, and which I'm never going to identify if I don't slow my roll a bit and pay attention. 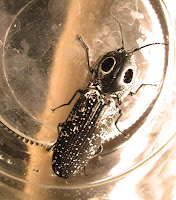 Suddenly, something clicked. I remembered the Enneagram personality-test booklet I'd read through, which suggested that personality types are just the methods we develop to protect ourselves from the various wounds we received as children. My coping method as a "mediator" is to attempt to shape myself into a fulfillment of the expectations of others, a tack have taken because of a "fundamental lie" I have come to believe: that there is not enough unconditional love in the world... at least, not enough for me.

It dawned on me that the need I was trying to fulfill in my over-desperate grasping after this woman (and others) was for unconditional love, a need growing directly from the soil of my inability thus far in life to give myself unconditional love - to say to myself, "gosh-diddly-arnit, Josh, you're amazing!"

This came burbling to the surface in a conversation Jonathan and I had been having over at the home of musician friends Luke and Marcy Kavod(ish). Luke was pressing back hard against the way I had been framing a discussion of my writing plans for the next two years in terms of I "have" to do this or that in order to have success. What he was getting at, I think, was that there is something unhealthy in my adoption of the terminology of obligation.

For himself, he said, it had helped to move away from doing something because he feel he needed to, and to think instead in terms of what he actually wanted.  I seemed to be a bit too caught up in the Western, North American idea that if I just worked hard enough, I'd receive my reward.

As an accommodater, I find it very hard to think about what I want - to say, for example, that I am not trying to become a screenwriter because it seems like a good idea, but rather because I am good at it and want very much to make a go of it - that I love it and it's fun is justification enough.

As Jonathan and I sat in my darkened car in front of his house, I realized that when I don't take the time to examine my emotions, even the act of writing can become for me another way of attempting to accommodate myself to expectations of what I feel I ought to be doing as an artist and human being. Some of these expectations come from other people, yes, but mostly they are part of an elaborate construct I have created in my mind - a roadmap, if you will, for how to get to the unconditional love I so crave.

I began to realize that it all came back to that early childhood wounding - a wounding being repeated in my son before my very eyes.

Then Jonathan (with the characteristic wisdom that leads him to preface most of his advice with the words, "This may be total crap, but...") suggested I try a method he pieced together for himself a few years ago, as he was working through some of these same issues. He suggested I print out a picture of my younger self and carry it around with me, pulling it out from time to time and speaking to it words of affection, forgiveness and love.

I realized it was easy for me to conceive of doing this for a picture of myself as, say, the four-year-old pictured above. It became more difficult, however, as I thought about Early-Teenage Josh, a person who at the time I really, really didn't like. Jonathan suggested I work up to it - starting with my younger self and learning, little by little, to love myself as the man I am today. For him, he said, it's been incredibly affirming. He certainly still has his struggles, but has found that it is somehow less pressing - that he has grown into a bedrock affection for himself that has allowed him to reach out and love his own sons, for example, less because he feels as though it's something he ought to do, and more just because they're his sons, and they're amazing.