in lieu of justice

I don't hate lumberjacks. What I hate is the cavalier way we treat the act of cutting down a tree: as though it were nothing - an inert object, like a lego, that exists for nothing but our own amusement. I want it to matter when we cut down a tree. I want it to be significant when we end its life in order to build a house, a bridge, or the stretcher-frame for a canvas. 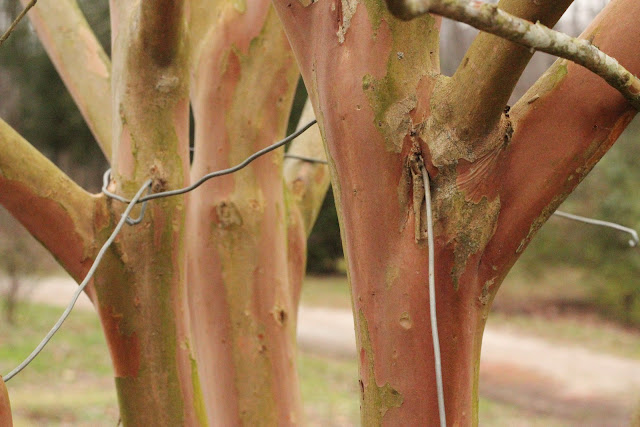 I guess that's why, even though I don't hate lumberjacks, it kind of makes me smile the way a tree will wrap itself over time around a metal object, sucking it in so deeply that it remains long after any external indicators have rusted out and fallen away. Tucked into the folds of the tree it becomes, in a sense, a sort of booby-trap for lumberjacks, or anybody else who might want to rev up their chainsaw and have a go.

Justice can be ugly, and indiscriminate. Even poetic justice can miscarry, meting out unmerited punishment on the undeserving - say, on the poor sap who just wants to make a birdhouse for his little boy, or a fire for his shivering wife. It's still a sort of justice, though, and although I hate even the thought of chain striking wire, flying off and badly hurting someone; I imagine that when it happens, the world-wide consciousness of trees breathes a sort of inchoate sigh.

I plan to write, next, about gay rights, and I do not plan to be entirely "nice" to people who misunderstand the proper function of law and clap their hands together in favor of ugliness. I am therefore talking about the vengeance of trees as a way of prefacing these not-nice thoughts with an appeal to empathy. Because I believe that way down - deep down under the bark and living tissue and dead rings of protection with which we've walled off our souls - we all hope for a time when the partial, imperfect, misguided justice of our world will be made right. And I believe we hate that imperfect justice so much, that we might even be willing to give up on the dream of perfect justice in exchange for empathy, and grace.
Labels: gay rights gender nature philosophy