poopin' on our own beds 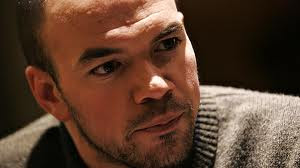 An old University associate of mine just posted THIS LINK, which reprints in its entirety the address given by a man named Tim DeChristopher at his sentencing yesterday.

Mr. DeChristopher had been put on trial for the crime of going to a land auction and bidding up the price on some publicly-owned land, in order to try to draw attention to the way the United States government is selling publicly-owned land to private Big Oil companies, in whose silk-lined pockets said government currently resides. They gave him two years in prison and a ten-grand fine for the express purpose of discouraging others from joining him in his fight.

If you still side with wealth and power... if you still think that everything is hunky-dory and that things are as they should be, then I implore you to at least go read it.

If, like me, you believe in a Creative God (or even if you don't), then stop holding hands with those who are raping the Good Earth, in exchange for a new sports car and a second house in Maui. Stop being naive. Do something. I'm sick and tired of not being able to fish for my dinner in the local river. I'm sick and tired of a few people getting rich off the destruction of the world my son is going to have to live in.

"This is not going away.   At this point of unimaginable threats on the horizon, this is what hope looks like.  In these times of a morally bankrupt government that has sold out its principles, this is what patriotism looks like.  With countless lives on the line, this is what love looks like, and it will only grow.  The choice you are making today is what side are you on."


This is what love looks like.
Side with love.
Labels: nature