June 14th is Self-Portrait-With-Your-Son Day! I was in a rush and don't use the timer much, so we were stuck with a two-second delay, which necessitated some quick poses. My son is a genius, though, so he suggested we use the limitations of the form as a creative springboard in order to simultaneously explore both Freudian and post-Freudian interpretations of the father-son dynamic. 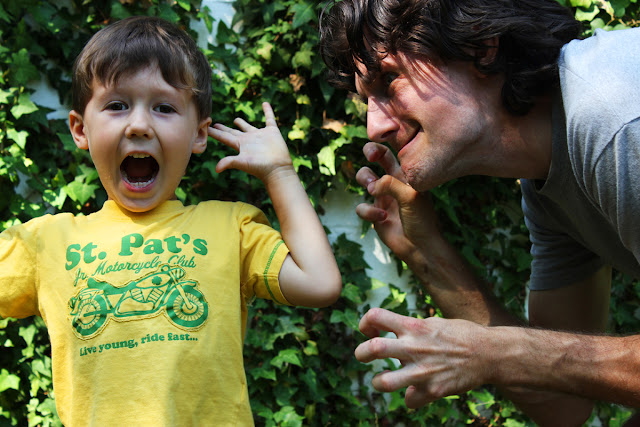 I wanted a more neutral background, but my son suggested that the visual busyness of the ivy would add chaotic postmodern undertones to the diptych. I disagreed, but sometimes when the kid's got a vision, you've just gotta roll with it. 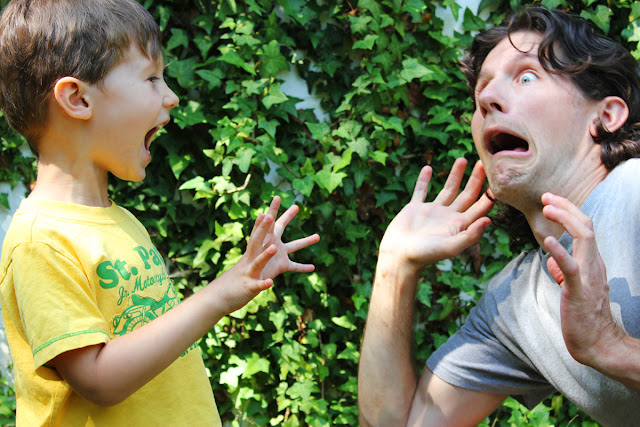