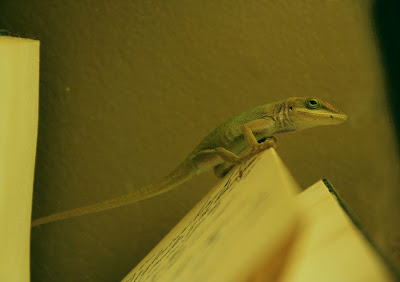 St. Francis is dead, so I'm not sure it is quite correct to say that I am a big fan of his. I do think he's super-duper, though.

Like me, St. Francis was born to fabulous wealth - more so, actually, because while I am only fabulously wealthy relative to the average human in the history of the world, Francis was also wealthy locally. This means that his wealth was in constant, visible contrast to the poverty all around him, a fact that apparently bothered him from quite an early age. A story is told of how as a little boy he sneaked away from his father to give all the money he had in his pockets to a passing beggar, an act that earned him his father's anger and the scorn of friends.

He did not, however, immediately change his overall life. As a young man he partied hard, wore the finest clothes, and even went off and fought in a war. He was taken prisoner and lived as a captive for a year, but after his release, he gradually began to shuck off the accoutrements of wealth, eventually abandoning it all for an austere life of poverty. Austere - but not unhappy. He and his followers were known for wandering around with smiles on their faces and songs on their lips.

While I think this is highly commendable, it is not why I really love St. Francis. The truth is, I don't actually know all that much about him and actually cribbed that last bit from wikipedia. The real reason I have long loved St. Francis is that he is the patron saint of animals and of the environment, and it is said that wild animals came to him, hung out with him, and loved him.

I have a confession to make: in that regard, I wish to be St. Francis. Although I have had a great number of pets in my life, I am no longer interested in keeping them. Rather, I would like to gradually organize my life and my mindset so that I can begin to think of myself as a friend to animals. I want to live at a pace that shows the wild animals around me that I am not a threat so they will feel free to come near without fear. I doubt that I am anywhere near to achieving this goal, but this past Saturday I got a little closer by befriending the lizard pictured above.

There I was, tapping away at my keyboard, when I looked over and I saw this little guy (we'll call him Leonard) lounging comfortably on top of my computer speaker. Normally - because I don't particularly like cleaning up lizard poop - I would have quickly chased Leonard down, caught him, and chucked him outside... probably accidently pulling off his tail in the process.

This time, however, I just watched him. Then I got out my camera and took pictures of him until my proximity made him nervous, at which point I sat back, waited for a while, and then took more. Eventually, I started laying my hand near him on the shelf. When this made him skittish, I would pull my hand away and go back to typing. Eventually, he let me lightly tap him under the chin with my finger. And then, quick as a wink, he had crawled up onto my hand.

Leonard and I had a little talk, and I explained that he would have to go outside. I knew it was colder, I said, but there was more food out there and my house was no place for a lizard. So out we went. When I laid my hand on the ground Leonard tried to crawl up my wrist to stay with me; but when I explained the situation again, he hopped off into the grass and, with one final look, ran away.
Labels: nature