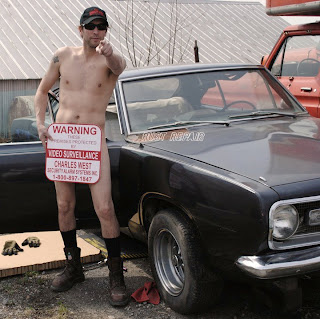 In the fall of 1998 I met a young man who was living, off an on, in the stairwell of my brother's dormitory at University. Like many college students, he struggled to make ends meet, and had taken to alternating his nightly sleeps between the stairwell, his car, and my brother's couch.

Steve was a smallish, slim guy - like me, but tougher. He played rugby, and when he fixed you with his piercing blue look you saw an intensity there that spoke of a passion for life. The thing about Steve, though, was that he wore this life of his openly, on his shirtsleeve. He was always willing to be vulnerable about the joys and sorrows he was experiencing as he ran through life head-first.

Because he first was honest, I was able to be honest with him in return, and it wasn't too long before it occurred to me to invite Steve to come live with me at my parent's house until he could get his financial legs back under him. My folks were game, so Steve became a part of our family. He ate with us, slept in the spare room, and soon began to share his life as honestly with my parents and younger siblings as he had with me. At first I was embarrassed for him - I had not yet learned the value of a life spent being real - but in time I came to appreciate Steve for the beautiful man and person that he was. I rejoiced in his victories, mourned his failures, and just about beat him over the head with a two-by-four when he announced his plan at the dinner table to marry a girl for a green card so that as a Canadian he could go live and work in Hawaii. He thought better of that one, but it always seemed as though Steve was up to some grand and slightly crazy new plan.

Those plans took him off into the wild world and we lost touch, but Facebook allowed me to catch up with Steve over the past while. I was able to congratulate him on his beautiful son, and to enjoy from a distance his new adventures. I was able to laugh with him about things like this picture (which he recently joked that we should make into a calendar and market on this blog) - the sort of things that only Steve would do.

This morning before I headed off to work, Facebook also allowed me to learn of his death in a car wreck last week. I got on his page and read an explosive outpouring of love and remembrance from others who had known and loved Steve.