A friend of mine has a secret blog. He doesn't tell anyone about it, and tries to convince the few who know of its existence that it is actually written by his identical twin brother, who is a myth. I only found it because he foolishly left a comment on here using his own blogger account, whenupon I promptly went to his blog and wrote "Gotcha, you weasel." He says it's a secret because he's just sort of thinking things out, but I think it's because he's too lazy to edit.

Normally if I like something someone says on the interwebs I'll link to it, because it is easier. But this would annoy him for sure, so instead I'll just annoy him a little bit by re-posting it here. If it seems raw, it's because he doesn't really edit. If it seems like it obliquely references me a few times ("Canada", "Effup"), it's because it does. Because I am special.

I Am An Adulterer 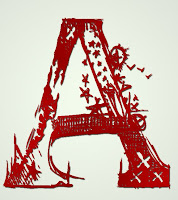