why I want to bring down the US economy 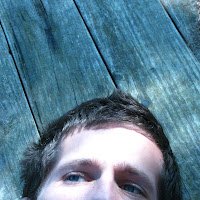 In an effort to avoid falling victim to the Tyranny of Relevance, I would like to say a few words about a topic that is by now a sodden, tattered old hat: what it will take to fix the US economy.
I am also going to break with (my) tradition and get right down to the point: the way to fix it is to break it.
I say this not as an economist, but as a human being and a lover, because I think that the real problem is that we don't question the basic premises in anything more than a very cursory way. Obama may have thrown out a few remarks during his lengthy inaugural speech about how we need to change our attitudes and habits - heck, he may have even meant them - but you don't stop being a politician once you are elected. He is a politician, and this is still (ostensibly) a democracy. What that means is that anyone who wants to play the power game has to give the people what they want, which right now is more stuff, more play time, and less responsibility.
If it was anything other than business as usual, Obama would have walked to the edge of that podium and gotten to his knees and begged the world's forgiveness. He would have railed (a lot longer and harder) against American selfishness and greed, and would have pointed out that for the economy to become healthier (and not just perpetually and unsustainably growing, like some fast-metastasizing cancer), then the people who comprised that economy would have to accept fundamental change in their spending habits. They would have to re-prioritize their lives. They would have to sacrifice. They would have to develop discipline, and somehow re-learn how to discern the simple difference between "I need" and "I want".
This did not happen and will not happen, because the nation - present company most decidedly included - would have had to admit that there was no way in Heckifer they wanted it to happen. Rick Warren's wishy-washy, mamby-pamby, politicized, Christ-ignoring speech/prayer enforced this fact, and showed that the majority of the group calling itself "Christian" in this country is also firmly against any real change.
I am saying this now (instead of then) because I am doing my best to avoid generating "more heat than light" and because I feel that the work of the Truth is something that gets done slowly, inexorably... despite and in spite of any man-made power structures. The work of the Truth, I think, will not be done by powers and principalities that we set up to make it happen, because it is in the nature of power to control and destroy - NOT to serve.
This is not to say that everyone in power is inherently corrupt, just that power has a mind and spirit of its own, and it bends all purposes to its own ends. When you take up the ring of power to end the evil reign of Sauron (to MiddleEarthifize this argument); you may change a few little things, but in the end all you get is a new type of tyrant.

I know, I know - this is, in fact, hippie mumbo-jumbo. Go ahead and write me off, but pause at least one small moment to think about what things could be like, if the country really was ruled by Truth with a mind towards health, wholeness and peace (and all those other useless pinko-commie ideals).
By way of example: what if (as I mused in the comments of an earlier post) instead of telling some poor country that if they don't stop abusing political dissidents we'll cripple their economy, we said: "here is a pile of aid and a re-worked trade agreement that will cost us a lot of money and make YOU wealthier and more able to meet the needs of your citizens. There are no strings attached, but we think you are all as wonderful and valuable as us, and we want you to value yourselves (all of you) as much as we do"? What if?

No government would ever do that, of course, because we all believe that if we did we'd be taken advantage of. But why do we have to use the logic of governments? To me, the real Christian message says: "Here I am. I kind of suck, but I love you. Take advantage of me if you must, but I will always love you." THAT is the good news, the best (and possibly only) thing someone claiming to follow Christ has to offer. It is grace, it is backwards, and it kicks the llama's bottom.

I am not talking about all those other idiots who won't read this post, though. I am talking about you and me, with our much more sensible, reasonable, measured desires. The problem is never "out there" - it always starts right down in our very own guts. We may find a way to "fix" our economy by getting it back to what it was, but we will never really heal it until we fix ourselves and begin to make the hard choice to begin to really live - seeing our own best interest in service to others.