the Whore of Babylon 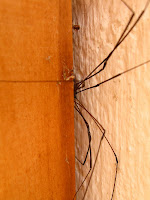 Somewhere in the musculo-nervous twinings at the base of my neck a disgruntled gremlin is poking repeatedly with an electric prod. This makes me cranky. So instead of my usual joyous exposition on rainbows and butterflies, I'm going to rant. Today, it's against myself and this blog, which I believe I write at something of a disadvantage, since I am neither trendy nor enough of a hep cat to write about that which interests the public at large. You can tell, because I say things like "hep cat".

This is a problem because the point of a blog is to interact and spark further interactions, and that isn't going to happen if I don't dig on doodads, watch television, become aroused by politics, follow pop culture, or argue ad nauseum in comment threads about the latest idiocies being perpetrated by the oblivious, less-hep-than-me masses.

I guess I get a fairly steady stream of pop-culture drivel from teaching private-school teens, but for two main reasons I try to stamp it out in class before it can wiggle into my brain. First, because I'm so behind in this whole consumer/conformist speedrace that it is no longer possible for me to catch up; and second, because I'm living in Babylon and catching up would mean fornicating (metaphorically speaking) with this self-same disease-ridden *whore (hey, it's in the Bible). While in one sense I'm as corrupt as the next guy when it comes to being a real-life, physical-world lust-monkey, metaphorical fornication promises metaphysical STDs I don't even want to think about.

So where does that leave me? I write using a computer that's part of the whole devolution of desecration described in The Story of Stuff. I write carelessly all over the place, in the manner of bloggers, throwing words at problems I barely care enough to try to solve in my own life. The very irony of my use of a medium so imbedded in a culture I'm trying to resist would be laughable, if it wasn't me we were talking about.

Wanito says that at least I'm "aware"; but Wanito, as I've just pointed out, is crazy. Who cares if you're aware that the ship's hit an iceberg if you insist on continuing to dance around the ballroom in your overpriced, patent-leather shoes. I don't even know what "patent leather" is - so why am I wearing the freaking shoes?!?

I know I sound depressed and writericidal here, but I'm not. I take great pleasure in writing for the internet. It sharpens my ideas and technique. The promise of an audience forces creative discipline I doubt I'd develop otherwise, and it will all probably get distilled into the book I'm developing which should spell out a path I can follow out of the wallow.

Maybe that's what all this is good for... one imperceptible increment at a time it is helping me to wiggle out of the mire and into a better, cleaner experience. Maybe it's enough that I feel uncomfortable in these shoes, and maybe if enough people like me mutter long enough, we'll realize we're not alone and move together towards the lifeboats.

*My apologies to any prostitutes who may feel diminished by my derogatory references to their profession. Jesus Christ himself preferred prostitutes to preachers, and I have a suspicion that y'all have had a hard enough time of life without some sanctimonious blogger trashing you further. I'm not talking about you as individuals, but rather about the tragic interpersonal destructiveness of your job as a metaphor for the degradation of a culture that has sold it's innocence to lie in a bed of fast-decaying "stuff".
Labels: art consumerism culture writing