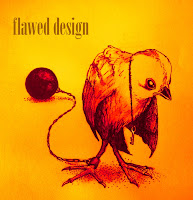 I once wrote a bit on polygamy and how I thought prohibitions against it were pretty much just cultural flimflammery and you know what… No one got really mad and called me a pusillanimous popinjay! This could’ve been because it was published on a website that mostly only my mom was reading at the time. Nonetheless, I think I will give antagonism another shot by out and out yearning for the days of arranged marriages.

This all started the other day when I was listening to NPR (that’s right, I sometimes do listen to that propagator of pinko-commie rhetoric). They had a guy on who had written a book called something like “Making Love Around the World”. He told about a time he was staying with some random strangers in India. They had heard him being interviewed and invited him to drop in on them if he was ever in the country. He’d always had something of an issue with arranged marriage, so in the course of talking to the lady of the household, he asked her if she had loved her husband on their wedding day. She laughed out loud and so did her sister, who happened to be sitting there.

“You can’t love someone on your wedding day” the sister said, still laughing, “you don’t even know them”.

The lady of the house cut back in, “You Americans, you think of your marriage on your wedding day as a giant, beautiful mansion. You move in and everything is wonderful and perfect. Then, over time, the paint starts to peel and the gutters sag and you think, ‘we’ve got to get back to that perfect mansion’. Whereas in India", she said, "we see our wedding day as coming up to a vacant lot, on which we will build our mansion together. “

I’ll tell you, that grabbed me and didn't let go. You put those mansion metaphors side by side and live in them for awhile and you start to see all sorts of correlations to the differing attitudes among the cultures... the most notable implication maybe being the fact that if you live in an area with a high population of people from India (as I did fairly recently) and you go out to a public park in the summer, you’ll see piles of complete Indian families out there doing stuff together – I’m talking from little bitty baby Indians to old tottering about to fall over Indians. Our hyper-individualism, which sees us all as little princesses and princes who ought to have fairyland handed to us, doesn’t really give us a leg up when it comes to the hard work necessary to building community.

I told this story to a group of friends, and this older guy, who’s had his share of relationship mish-mash, said, “well, yeah, but which among us wants to have a spouse picked out for us?”

“I know”, I agreed, “I’m just as indoctrinated in this way of thinking as anybody else – but still, looking at an attitude so foreign to mine sure does give me pause. I love my individualism as much as the next guy, but this makes me wonder if the trade-off in loss of community is worth it. Besides, look at how well ‘pick your own poison’ is working for us in the marital satisfaction department.”

Later I was thinking this over and it reminded me of an internet conversation I had with a friend (whom I’ll call Leopardface) recently where I was admiring him for having waited until he was a bit older than most to get married, seeing as how it gave him more time to get to know himself and what he wanted. I had been thinking that one big reason marriages were so wonky in this culture is that the decisions were being made by young, horny people. Perhaps getting married a bit older was the answer? Leopardface’s answer surprised me. He said,

“My decision to marry also comes after a long struggle and both “Applesauce” [not her real name] and I know that we are going to have it tough. We both still have many conflicting desires within us as individuals and recognize the anxiety that this causes us as we move into our future together. Fear is so destructive an element in relationships but it’s often hard to discern what is fear and what is caution and positive intuition.

Applesauce and I are trying to anticipate bouts of resentment toward each other (ie toward ourselves!) as we grow in our relationship. We are going to try and see that it is our relationship that we have faith in and not so much each other. The relationship itself counts for more than the meanings we make of it in light of our own broken condition. I hope to trust how Applesauce's faith in our relationship of love will change me for good even when it doesn't feel so good (and visa versa).

From that response, I’d say it sounds as though Leopardface and Applesauce have found a way to somehow approximate some of the attitude that goes with arranged marriages. Could this be a viable middle ground?

They have decided, as individuals, to put their faith not in themselves or the other person, but rather in the value of that relationship, trusting that the idea of the relationship is right, and will not fail them. Like, as though "MARRIAGE" is somehow a special thing worked into the fabric of the universe. Hmmm. Sounds crazy to me.

So crazy, it might just work.
Labels: community relationships