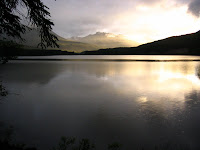 The next question, once you've decided that most of mainstream contemporary "christian" music (and "christian" art in general) sucks the camel's tail, is, "Why?"

I think that in the interests of good faith we must allow that one does not have to be inherently evil in order to sign with Sparrow Records. So why is so much Devil-Awful music made by these folks? Are they really that oblivious? My suspicion is that the answer is yes and no. No, because I believe that good music is something that flows like a river through Reality, something that you have to work hard to avoid acknowledging. And yes, because I think that this perhaps intentional ignorance is part of a broader sub-cultural context and a most pervasive and un-Jesuslike way of thinking.

In the words of Inigo Montoya, "let me 'splain. No, there is too much... let me sum up." I think it all has to do with power and control.

I am twenty-nine years old and I'm convinced that every day I learn a little more and know a little less. This is because the God I believe in is infinite and that which has emanated from him is so complex that it might as well be infinite, too. I therefore have to conclude that the only honest approach to this Universe I can see but a fraction of and this God I can hardly glimpse occasionally is wonder, awe, humility, fear and, ultimately, love. I do not like this. Let me restate that, in case you missed it: I hate this. Occasionally I am comforted by infinity, but most often it scares the living bah-hootsies out of me and I gotta do something, anything, to get back the illusion of control.

Note I said "illusion". This is an obvious point, but I want to make it absolutely clear that I do not think I am actually in control. I am, in a provisional, conditional, contingent way one hundred percent free to act in accordance with the broad parameters that exist for a white, college-educated, healthy North American male, but only within those ever-shifting parameters. This whole free will, nature/nurture tension is so tense that you might even call it a paradox, or possibly even a mystery. I like mystery novels, because they get solved. For the inverse reason, it is in my nature to despise metaphysical mysteries like free will, and God, and the significance of Hamlet's relationship to his dead father.

The problem that faces the hooligans of mainstream "christian" artmaking is that art by it's nature, must ride the wave of mystery in order to connect to truth. Great art is transcendent. It overpowers and says more than the artist has power or ability to control. That may sound to you like artsy-fartsy mumbo-jumbo, but I can tell you from my own experience that it is true. Many and many is the time I have painted or drawn or written something and looked at it with wonderment, asking myself, "where in tarnation did that come from". This is not just me being a lunatic after the fact, it is an essential ingredient to the act of art making.

It is the struggle and eventual joy of the artist to step aside in faith that the Art will transcend the artist's abilities and perspectives and take on multiplicities of meanings and subtleties of conveyance. As an artist you must work bone-grindingly to achieve such technical mastery that these transcendent realities can flow through, but you can practice 'til your gluteals fall off and never make great art if you never learn enough humility to relinquish the illusion of control.

When you stop trying to be god of the situation and start to see yourself as a vehicle of a reality greater than your ability to comprehend it, when you stop editing every thought and feeling to try to fit it into some pre-ordained conception of what you think your art ought to say and do and sound like - that is when the floodgates can and might open.

This is why so many people who are so narcissistic and nihilistic can make such beautiful things - because they are often much more in touch with their humanity: their brokenness, their isolation, their fear and doubt, their inchoate yearnings and inborn belief in some transcendent Truth that is, despite all evidence to the contrary, unutterably beautiful.

Jesus Christ, the dude who theoretically this was once all about, said that it isn't the healthy people who need a doctor, but the sick. It is widely understood that when he said it, he was not saying the folks who were on his case had it together - instead, he was actually half-mocking these sanctimonious hoo-hoos who had deluded themselves into thinking that they were, in fact, healthy.

In order to pretend that the world is controllable, that God fits into a box of ideologies that you can construct, you have to believe some pretty rambunctious lies. You have to do that old double-minded dualist trick of heinously splitting the world into your everyday, honest, sinful self and some La-La land of spiritualized unreality. This is a silly delusion, as such distinctions are fabricated nonsense which rapidly split and multiply like amoebas, taking over your entire way of thinking. Soon you begin to believe that God, like you, is in the business of boxing relationships and things and (most tragically of all) people into tiny little boxes they were never made to fit. This is ridiculous, wrong, and hateful. It is the anti-Christ. Life is so majestically, amazingly infinite in wonders and it is none of your freaking business to sort it all out!

If, as good old Buechner would say, you are laboring more under this kind of delusion than a cross, any art you produce with this effort will be oozing lie-holes from its pie-holes and, yes, will be fairly sucky.

Sucky art is obviously not the sole domain of lie-enamored "christians" who are afraid to face a world they cannot control. But I consider myself enough a fan of Jesus and enough in his camp, so to speak, that it irks me to no end to hear campy art proclaimed far and wide as being what He was all about. It is fine that amateur artists with little talent enjoy artmaking and do it for the enrichment of their family, friends and communities, but it is an abomination when bad, amateurish art gets elevated to the place of an ideal because it happens to conform to a false cultural construct we are desperate to preserve. This gets done often enough, in enough places, that otherwise gifted, thoughtful artists too close to the epi-cententer of this mad state become unable to identify the insanity in which they live.

Darn that, I say. Darn that to heck and back again!

I don't want double-mindedness, because two minds are nowhere near enough. I want to understand my own humble finitude in a way that allows me to point back at infinity with all the awe, gratitude, wonder and fear that it deserves; because it seems to me that this and only this will allow me to really love.
Labels: art Jesus religion